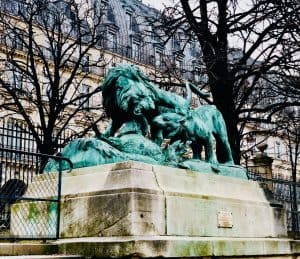 On March 2020, the French State announced an “exceptional package of €300Bn state-guaranteed loans (PGE) to support SMEs during the Covid-19 crisis.”

Since the launch of this first state-guaranteed loan via the October platform in June 2020, 164 French state-guaranteed loans were reportedly “funded by institutional and retail lenders for a total amount of €21M and around €600,000 have already been repaid to the lender community (including capital and interest).”

The team at October also mentioned that the new loans will be “granted in the coming months, following the government announcement to extend the guarantee program for the second time, until June 2022.”

In December 2020, a first change was announced “regarding the repayment scheme of these loans.” October further noted that businesses could “request their creditors to grant them an additional one-year deferral to start repaying their state-guaranteed loan.”

In January of this year, the French government “announced a new set of measures to support very small companies still in difficulty.” Very small companies will now be “allowed to spread out the repayments of their loans across 10 years, as opposed to 6 years, and push back their first capital payment for another 6 months.”

As noted by October, the state-guaranteed loans are “different from the standard loans published on October.” The company further explained that the characteristics of these loans “(duration, interest rate) have been set by the French government.”

French state-guaranteed loans are “initially 12-month deferred loans with payment of interest (2%) and principal at the end of the loan.”

But what makes the state-guaranteed loan unique is that “the borrower can decide to extend their loan after the first 12 months, with a higher interest rate.”

So far, at the end of this period, the borrower has the following options:

Regardless of the option chosen by the borrower, the loan “remains covered by a 90% state guarantee,” the team at October clarified.

They also mentioned that there is “extended access to aid for very small enterprises.”

At the beginning of January 2022, the French Ministry of the Economy and Finance announced “an extended access to aid businesses suffering from Covid restrictions and loss of revenue.”

Very small firms, that were granted a state guaranteed loan of less than €50,000 and are facing serious financial difficulties, can now “benefit from an extension of the repayment period for their loan, which passes from 6 to 10 years.” October further revealed that they will also “be able to request an additional 18-month deferral period (vs. 12 months for other companies) included in the extension period.”

These firms will have “to request the extension to the Banque de France’s Credit Mediation Service, which will facilitate the negotiation between the borrower and the creditor.” October does not normally offer loans with maturity superior to 7 years, “except when it is made mandatory by a Court decision.” The team at October confirmed that they are currently trying “to reach out to the authorities to find the best solution for all the parties involved, including our community of retail lenders.”

October pointed out that the interest rate applicable during the whole extension period “is between 3.71% and 5.41% depending on the project rating (learn more).”

If you lend to a loan covered by the French State, you have “to consider that the company might request an extension of its loan over a period of time longer than 12 months and that your capital will be immobilized during the whole period.”

Not all firms “can nor will request an extension, but you need to consider this possibility.” The October team is available for “any questions you may have relative to these guaranteed loans.”