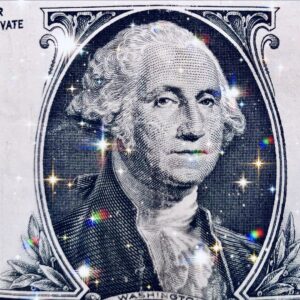 We all realize that the world right now is in a bit of a shaky place due to the circumstances in Ukraine. In this uncertain socio-economic environment, the developers at ArDrive, a permanent storage app built on Arweave, recently announced a $17.2M seed round led by the Arweave Team, Blockchain Capital and Sino Global Capital, along with contributions from other investors.

As noted in an update shared with CI, there’s “over 6M files at this point, and that number is climbing rapidly.” This isn’t the first time Arweave (and by extension, ArDrive) have been involved in work like this – “it’s been cited on the senate floor and their work in Hong Kong has gotten [attention as well].”

As mentioned in the announcement, ArDrive is known for technical user ease and “reliability for access to the weave, utilizing the ArFS system for intuitive access and the CLI for developers.”

Other backers taking part in this latest round:

As covered in November 2021, interoperability is an increasingly vital topic within the blockchain and distributed ledger tech (DLT) sector, as it continues to expand the possible functionalities that DLT networks can provide to their respective ecosystems once they’re well-connected.

Permanent and scalable storage via Arweave is one such functionality that “other blockchains do not possess, but could unlock massive potential for applications on their networks,” according to a blog post.

This is where Bundlr comes in. Bundlr Network is described as an aggregation system that “collects and submits many pieces of data to the Arweave network in one single base-layer transaction.” This unlocks greater scalability of throughput for data transactions in the Arweave network, and it also enables a brand new capability: delegated payments.