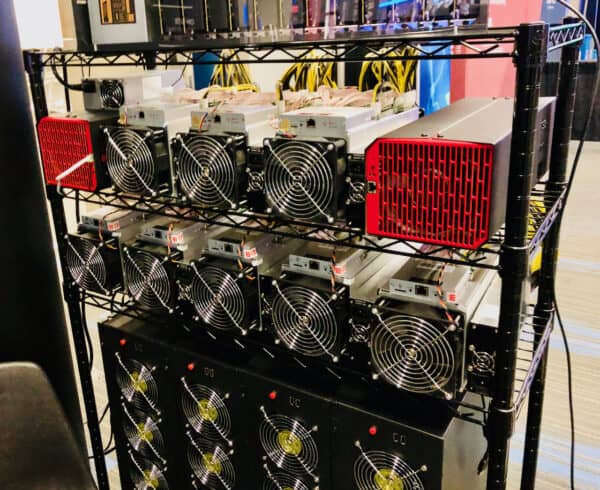 The team at BitOoda notes that their current target Hashrate (the amount of computing power securing the Bitcoin network) analysis calls for “a back-end loaded growth in network Hashrate to 327EH/s by the end of 2022.”

BitOoda writes in a blog post that the longer-term estimates “suggest 1600 EH/s is feasible by the end of the decade provided BTC price growth supports such expansion.”

BitOoda also mentioned that they currently “model Transaction Fee growth over time to become the dominant source of miner revenue by 2028/2029.”

But it will “require increasing Tx volume growth and network congestion to achieve this, which [they] plan to examine in upcoming reports.”

As noted in the update, the daily revenue per PH/s “would decline over time, stabilizing post the 2028 halving if Tx fees pick up.”

The report further revealed that Bitcoin mining revenue “rose slightly to $183 / PH/s per day and $200/MWh, as of last night.”

The report added that the block pace “is well above par in the last 24 hours, at 155, but is still modestly behind epoch to date.”

The BitOoda North American Hash Spread™ “rose 8.3% from $151 a week ago to $165. We define the BitOoda Hash Spread™ as the difference between the cost of power per MWh and the Bitcoin mining revenue per MWh.”

As noted in the update, this gives miners “a quick sense of the surplus generated by their business to cover personnel, overhead, depreciation, and profit.” The weighted average around the clock U.S. wholesale industrial power price (5 markets) “is $35.04 / MWh, leading to an aggregate spread of $165.”

BitOoda points out that “many miners have fixed price power purchase agreements at lower levels, so their experienced profitability should be higher.” As mentioned in a blog post, the older-gen S9-class devices “saw their BitOoda Hash Spread™ down ~63% to $12/MWh — but still positive at power prices up to about 8c/ kWh ($80/MWh).”

During an epoch, variability in MWh / BTC is “driven by Tx Fee fluctuations; a slight decline in fees leads to a slight week-on-week increase in MWh needed to mine 1 BTC,” the report noted.

Here are the main takeaways: