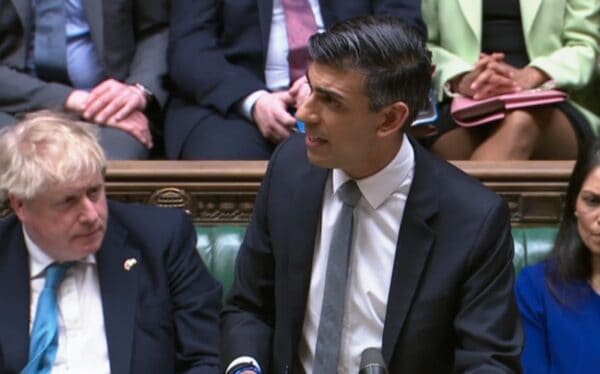 Last week, Chancellor of the Exchequer Rishi Sunak delivered the Spring Statement outlining the challenges facing the economy and at least some of the government’s plans to alleviate some of the pain. A combination of COVID and then Russia’s unprovoked invasion of Ukraine has helped to drive uncertainty, while fueling inflation. Rates are going higher – this we know.

The Chancellor touted the fact that the UK had the highest growth rate in the G7 last year with growth continuing at 3.8% in 2022 while dropping to 1.8% in 2023. The flipside is inflation that is expected to average around 7.4% this year thus undermining any growth as prices rise dramatically. The Chancellor warned that the economy could “worsen-potentially significantly.”

The Chancellor did announce a host of tax cuts to help lessen the blow of a difficult economy.

Douglas Grant, Group CEO at Manx Financial Group PLC, shared his thoughts on the 50% tax rates cut for businesses in the hospitality, leisure, and retail sectors:

“The Chancellor’s announcement today about the upcoming tax rates cut for businesses in the hospitality, leisure and retail sectors by 50% next month is welcome news and a relief for these sectors, which are reliant on inward tourism and which were always going to need targeted Government support. Nevertheless, questions remain as to whether the pledged support goes far enough, especially against the backdrop of unprecedented challenges in the labour market, due to the shortage and rising cost of staff.

Indeed higher interest rates will disproportionality affect small businesses reliant on funding in the early stages of their growth and this exacerbates the UK SME debt burden and zombie status of weak businesses that continue to service their debt piles with many falling off a loan default cliff. It’s high time we address the question – how is this debt ever going to be paid back and is it in the interest of the UK economy to continue to support all SMEs? It is also important that businesses urgently address their debt levels rather than inadvertently ‘giving’ cash away through high interest payments and poor financial management.”

Paul Christensen, CEO at Previse, reflected on the impact to UK SMEs in general:

“Although ‘levelling up’ has become the British Government’s buzzword for the past year, small and medium-sized businesses are yet to see the impact of this rhetoric.

Measures in the government’s Levelling Up plan such as the Shared Prosperity Fund do not go far enough in solving the very real cash flow problems that SMEs face – like long payment timeframes and difficulty accessing finance.

When SMEs form 99% of the UK private sector, addressing these challenges must be a central role in the government’s levelling up agenda.”

Neil Kadagathur, Co-Founder and CEO of Creditspring, said doubling the Household Support Fund and increasing the national insurance threshold will provide a lifeline for many struggling households who are already at breaking point. However, it’s likely that this support doesn’t go far enough.

” Out of control inflation and the incoming spike in energy costs in April are set to have a devastating impact on households and families across the UK are going to need even more support if they’re going to get through this crisis.

” Currently, a third of 18-34 year olds are already having to borrow to survive the next few months – additional costs are going to make things much worse. Almost 15m adults across the UK struggle to access affordable credit – these are the individuals who are at real risk of falling through the cracks if they are forced to seek high-cost credit and risk falling into crippling debt.”