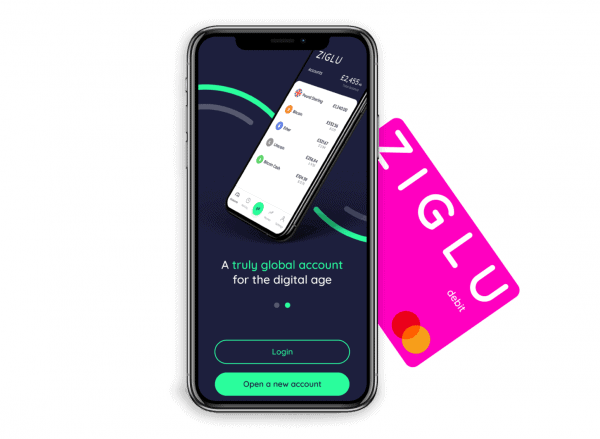 Robinhood (NASDAQ:HOOD) has agreed to acquire UK Fintech Ziglu. In a blog post today, Robinhood said the acquisition is part of its goal to expand internationally in the UK as well as continental Europe.

Ziglu is a regulated e-Money institution that operates as a neobank including crypto and has built its own cloud banking platform. Ziglu is one of three Fintechs that is registered with the UK Financial Conduct Authority as a crypto asset firm.  Ziglu is also authorised by the Danish FSA as an e-money institution enabling the company to launch across all of Europe. The company was founded by former Starling Bank CTO Mark Hipperson – Startling is a top UK digital bank.

Hipperson commented on the acquisition:

“Ziglu and Robinhood share a common set of goals, working to reduce the barriers to entry for a new generation of investors, and we’re excited to pursue  that mission together. As part of Robinhood, we’ll supercharge Robinhood’s expansion across Europe and bring better access to crypto and its benefits to millions more customers.”

Robinhood noted that with Ziglu, customers in the UK can “buy and sell eleven cryptocurrencies, earn yield via its ‘Boost’ products, pay using a debit card, and move and spend money, even abroad, without fees.”

Like Robinhood, Ziglu believes that the new era of digital money brings a multitude of opportunities, and Ziglu exists to make those opportunities accessible to everyone. Their talented team and technology will help us accelerate our international expansion, both in the UK and across Europe.

“Together with the Ziglu team, we’ll work to leverage the best of both companies, exploring new ways to innovate and break down barriers for customers across the UK and Europe.”

The acquisition of Ziglu establishes a beachhead in the UK for Robinhood where it can bring its spin on investing and neo-banking to Europe. An e-Money institution can offer many bank-like services and can be a stepping stone to a full bank license if Robinhood wants to go down that path

It is also interesting to point out that Ziglu raised capital via multiple crowdfunding rounds. In 2020, Ziglu was Seedrs’ single largest offering raising over £6 million – backed by about 1250 investors at a pre-money valuation of £15 million. The first £1 million was raised in under three hours.

In 2021, Ziglu returned to Seedrs again to raise over £7.2 million from 1910 investors. The pre-money valuation was set at £85 million. While deal terms on the Robinhood acquisition were not disclosed one may anticipate a good exit for the crowdfunding investors.

Robinhood said that initially the two platforms will operate independently but over time, Ziglu will be integrated into the Robinhood platform.