Starling Bank, a top digital bank operating in the UK, has raised more money. According to multiple reports, Starling has raised £130 million at a £2.5 billion valuation. It was reported that Starling may use some of the new money to target acquisitions to complement its digital banking operations.

Goldman Sachs Growth Equity was said to lead the round as part of an extension of a Series D round from last year that valued Starling at £1.1 billion. As the valuation has jumped by more than 2X, it probably should be described as a Series E. 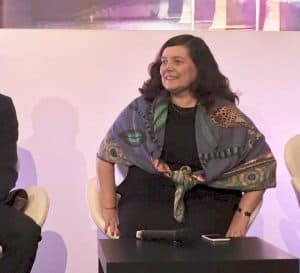 “We’ve had some big successes recently, we now have 7.5% market share of the SME market in the UK and we’ve done that in just four years. We’re now the most switched to bank in the UK in the last four quarters. More people are switching to Starling than any other bank and 68% more than our next competitor Lloyds Bank.”

According to Starling’s website, it has over 2.8 million individual accounts. At the beginning of he year, Starling reported that deposit base now stands at £8.4 billion, up from £4.8 billion this time last year, while we’ve expanded our lending from £1.9 billion to £3.1 billion.

As for potential acquisitions, one report said that Starling was eyeing platforms in the lending sector.

The UK has been a hotbed of digital banking innovation. Long dominated by established high street banking firms, the emergence of Fintechs and a regulatory environment willing to allow them to evolve has seen the UK launch multiple digital banking platforms. Starling has differentiated itself with a digital-only platform that incorporates a marketplace feature that allows users to select and choose other 3rd party providers.

As has been previously reported, a public listing may be in the offing for Starling Bank at some point in 2023.