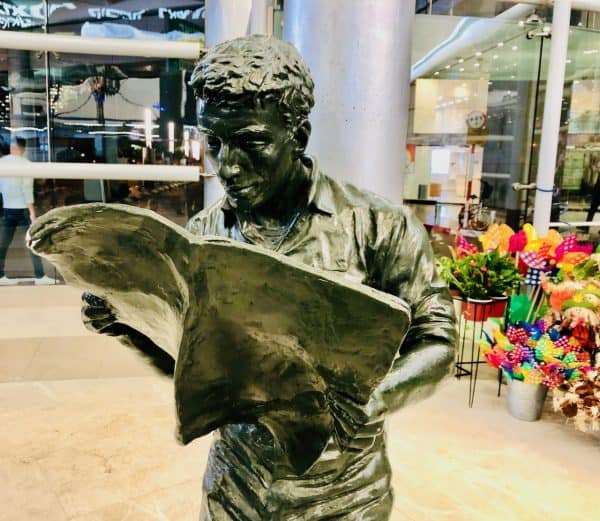 Yann recently focused on the “all-important” challenge of simplifying and streamlining “overly time-consuming processes and operations.”

When speaking with property developers, one of the “most common” complaints that Blend Network often hears is “the fact that they end up spending so much time doing the things they don’t enjoy doing – the admin, the processes, the paperwork, the operation – instead of focusing on the things they truly enjoy doing – developing and building homes.”

“‘There must be a more efficient way to do this!’, or ‘Why aren’t any systems smart enough to manage all of this for me?;, are regular grievances we hear from developers. No one particularly enjoys doing the boring admin stuff, but property developers dislike that more than most people because they feel it is a waste of time when they could be building homes.”

This is the plight of many property developers “who despite achieving significant growth still rely on basic or outdated software and legacy tools and practices that slow them down from doing what they do best – building homes.”

As mentioned in the update, nowadays Blend Network reveals that they are “starting to see more holistic, smarter tools available that will simplify the lives of property developers.”

As mentioned in a blog post, an increasing number of smart data-driven solutions “offered today have been developed by industry professionals, rather than outsiders, that truly understand the pain points and how to best overcome them with a one-stop-shop solution.”

For instance, several data-powered firms have emerged in recent years “to help with things from site sourcing to project viability assessment to financing and to finding skilled workers.”

Emerging property developers, being younger, digitally-savvy and socially engaged, “are particularly aware of the need to streamline processes in the property development market and are keen to adopt tech innovations that help them improve their efficiency and save time.”

But once again, while the benefits of adopting technological innovations that help simplify and streamline processes are obvious, “adopting such innovations is easier said than done. Where to find those providers?”

Furthermore, the cost of adopting such innovation “is often prohibitive for many emerging developers.” So, “how to pay for the adoption of their services?” According to the Blend Network team this is where they believe lenders “can help and support emerging property developers.”

As noted by the firm’s CEO, lenders are “well placed to support emerging property developers streamline their processes, starting from the all-important funding.”

Securing funding is “never an easy task, let alone for emerging property developers who are starting off their career and on the first few projects,” the update noted while adding that the funding ‘maze’, as some developers like to call it, “is difficult to navigate and never easy to understand. And even when a lender is secured, the process of due diligence is often lengthy and requires multiple sets of documents.”

As noted in the update, “Why do we need to send the same sets of documents to the lender, to the lawyer, to the valuer, and to the surveyor?” ask many property developers.

According to Blend Network’s management, this is “a fair question and a challenge that has a relatively easy solution: the lender can easily integrate all these processes into one, so they make the developer’s life as easy as possible and the borrowing process as smooth as possible.”

This is something that they claim to “regularly do at Blend Network: by acting as the sole point of contact with the developer, [they] act as the only channel of communication liaising with the various parties involved in the deal in order to make the developer’s life as easy as possible.”

“This is just one of the many examples of how lenders can truly make a difference by simplifying processes for developers. Another example is the process of loan drawdown, a sticky point for developers who need to be able to draw down on their loan in a timely manner to pay their workers and for the supply of materials.”

The firm added that developers often “complain that the drawdown process with many lenders is painful because payments take way too long to go through.”

Lenders have the ability “to simplify the drawdown process by working with a good payment provider, thus making it easy for the developer.”

At Blend Network, they are building “an exclusive by-invitation-only property network where our developers can access information, obtain data and research, build contacts, seek mentorship, unlock funding but also tell us about how we can make their life easy and simplify processes for them.”