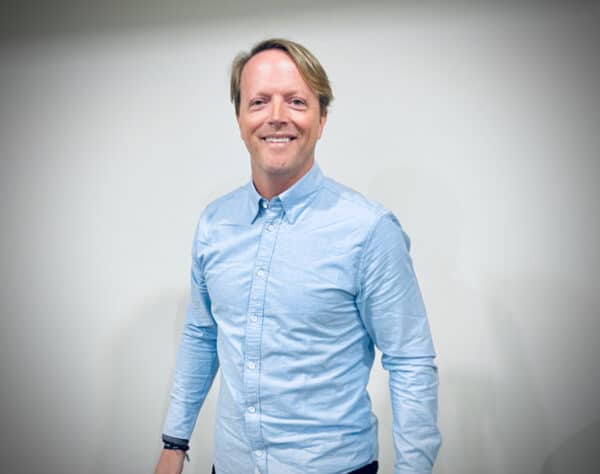 Recently, Fintech Nexus (formerly known as LendIt Fintech) held its annual event in New York City. Hundreds of Fintechs showed up for the in-person event that spanned the spectrum of innovative financial services. From blockchain to online capital formation to digital banking and more. The big names were there. CI had the opportunity to speak with one of the best-known Fintechs; LendingClub (NYSE:LC) CEO Scott Sanborn. We had the chance to catch up on the ongoing evolution of what was once the country’s top marketplace lender that has morphed into one of a few digital-only banks.

Back in 2020, LendingClub revealed its intent to transition to a digital banking model with the acquisition of Radius Bank (rebranded as LendingClub Bank). LendingClub received approval from the Office of the Comptroller of the Currency at the end of 2020 publicly announcing the completion of the transaction in early 2021. Since the migration to the new model, the Fintech has improved its operations with a more diversified revenue stream and expectations for greater growth going forward.

More recently, LendingClub revealed its institutional loan marketplace update, LCX, described as a “digital revolution in marketplace investing.” The new marketplace enables investors to purchase loans or trade directly amongst each other thus speeding up the process while improving overall liquidity. The entire tech stack was built in-house.

Sitting down with Sanborn, he shared that the loan marketplace has been operating since 2018. Now all of the transactions are settled digitally and the volume is around $1 billion per month – about 10% to 15% of their lending volume. Designed to enable institutional money to trade efficiently, the marketplace attracts both banks, other institutions (pensions, insurance, etc.) as well as hedge funds.  Currently, they are working with most of the largest asset managers in the market – so interest in the asset class is strong.

Investors on LCX intensely review loan criteria and LendingClub generates actionable data from these transactions. “What loans are going above par, what loans are going below par,” they are able to learn from that. The technology is described as “game-changing” for LendingClub due to the combination of robust trading and enhanced data acquisition.

We asked Sanborn if this digital marketplace for loans would ever be made available to individual (accredited) investors and he said while there are no plans now the idea is not off the table as this type of service is “part of the history of the company.” That being said, some of the investors involve groups of individual LPs gaining access to the loans – so individual participation is there – it’s just going through another layer. 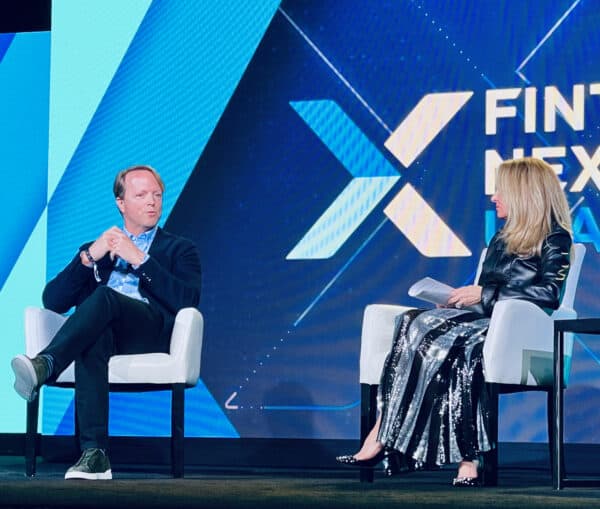 As for LendingClub Bank, Sanborn said there are over 4 million users with deposits growing providing the fuel for more lending which is expected to arrive at over $13 billion this year.

“We are eating our own cooking,” stated Sanborn, alluding to the fact they now hold a good portion of loans on their books driving their revenue higher. For the loans they hold they generate 3X more than for the loans they sell.

“Banks trust us. We are chartered,” Sanborn said sharing that being regulated as a national bank delivers a heightened amount of confidence among their institutional investors – a quality they under-anticipated at first.

In the US, there are just a handful of truly digital-only banks (as opposed to neobanks) – names like Marcus, Varo Bank, or SoFi – each being pure-play Fintechs (although Marcus is part of Goldman Sachs). As few people see more digital-only bank charters being issued any time soon, this creates a bit of a moat for these digital bank platforms. Asked about what makes LendingClub different from a SoFi, Sanborn said their customer is relatively high-income with good credit ratings.

“Most of the banks make their money in lending and that is what we are good at.”

Sanborn said their customers earn over $100,000 and have an average FICO score of over 700, but what they have in common is “they are heavy users of debt.”

“They come to us to refinance their credit card debt,” said Sanborn. “We refinance that debt and get them into a fixed rate product.”

He describes it as a really positive experience for their users, frequently saving a customer 4 to 5 basis points. While Marcus caters to a more affluent customer, they are not as focused on LendingClub’s core users, Sanborn shared. Varo is more about the underbanked and SoFi, which has its origins in re-financing student debt of Henrys – high earners not rich yet, they are pursuing a different market segment.

A bank will give you a credit card (IE expensive debt). LendingClub is taking away old banks’ most profitable customers by providing consumer lending at scale. Most banks make their money in lending, LendingClub has automated 80% of their loans while providing their customer a less costly type of credit.

“We are a very formidable competitor because we have all this data powering this.”

New and improved services tend to proliferate across the neo-banking and digital banking sectors. Sandborn stated that they are starting with lending but, over time, they will surround their customers with “products and services we think can add value.”

“From lending to spending and savings,” said Sanborn. “We want to help you manage these aspects of your life.”

There are a lot of products they will build going forward while they will use a marketplace model to provide other services. As a Fintech, LendingClub can iterate quickly but Sanborn did not provide too much insight into other products beyond what they are doing today. Regarding white labeling their tech stack, as some other Fintechs do, that is not in the cards.

The current economic situation of rising inflation and interest rates is impacting everyone. Sanborn acknowledged that the environment is “not great” but he believes they are “very well-positioned” to weather the storm. Part of the reason is they have access to capital via deposits and along with their new model, 41% of the revenue is re-occurring. This, along with the fact that their customers tend to be stronger financially – meaning they are more resilient in difficult times – as higher-risk borrowers will be most exposed in times of economic duress.

“We have deliberately not grown in that segment of borrowers,” Sanborn explained, pointing to potential customers with lower credit scores. Near prime is only 15% of their volume with prime, and high prime the balance.

Additionally, the Current Expected Credit Loss impairment standard (CECL) requires LendingClub to take any losses up front so the risk of loss is pre-provisioned and some revenue they may gain back.

Asked about thoughts on their shareholders, Sanborn said while they are caught up in the broader market (which is struggling right now) you are going to see who is still standing when the tide goes out. LendingClub Bank will be there said Sanborn, but it’s a journey.