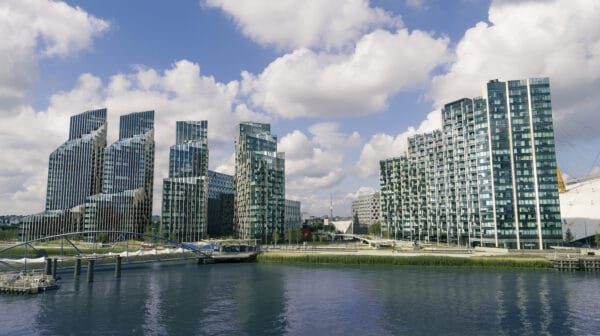 Knight Dragon Investments Limited has announced the tokenization of a central London property with an expected market valuation of £140 million.

Issued by its subsidiary, KD Tokens Limited, the digital asset represents an economic interest in the Upper Riverside Development located at the corporation’s ten million-square-foot Greenwich Peninsula development. Investors in the digital asset, KDB4 Tokens, are said to share in 80% of the gross profit generated from the real-estate development as a portion of the profit generated from Greenwich Peninsula Building 4 will be distributed to each holder of the tokens.

Knight Dragon did not provide details on the offering platform nor the timing of the digital asset offering.

The law firm Baker McKenzie in Hong Kong acted as the legal counsel on the issuance of the digital security which is said to be the first tokenized property in London.

Sammy Lee, founder and Vice Chairman, of Knight Dragon, said that Knight Dragon has now revolutionized the entire European property market and will continue to do so internationally.

“At an individual level, for a relatively modest investment, individuals can own a piece of Central London real estate profit. In the same way an asset can be securitized by dividing it into shares, tokenization allows an asset to be divided into individual tokens. The tokens represent a specific share of an underlying asset. In this case, ownership of KDB4 Tokens will represent a fractionalized interest in a contractual right to share in the gross profit of Building 4. Building tokenization is set to revolutionize the global property industry and we are pleased to be a leader in this revolution. Pioneering in property is central to Knight Dragon’s DNA. We are entrepreneurial, creative-spirited makers of places who bring new ideas and set new standards for urban living. Being the first company to tokenize an entire building in Central London fits exactly with our bold vision for the global property industry.”

The KDB4 Tokens were created under the supervision of technical consultant Atom 8 Limited, a wholly-owned subsidiary of Tykhe Capital Group Limited along with the legal and financial structure designed by Baker McKenzie as well as Deloitte. The digital assets will be regulated as securities.

“This tokenization project represents investment democratization, bridging opportunities that were traditionally out of reach for many investors, such as Central London property. The Knight Dragon Building 4 token, and the many which will follow, represent an exciting new asset class in the Web3 era. We are delighted to have played a role in this game-changer with Knight Dragon, from advising on web3 technology initiatives to providing custody solution to safeguard the tokens.”

“We are pleased to be advising on the structure and offer of these blockchain native digital tokens that represent a fractionalised interest in the economics of prime real estate in Central London. This innovative transaction clearly demonstrates how blockchain technology can be harnessed by future-oriented asset owners.”

Knight Dragon stated that the property would be audited providing security to investors. Additionally, KDB4 holders will be automatically white-listed for future developments.

Richard Margree, CEO of Knight Dragon in London today, said the world is experiencing a blockchain revolution with immense benefits and changes:

“Knight Dragon will be one of just a few global real-estate developers bringing a new source of value to investors by offering fractionalized economic rights, in this case via fractionalized profit share, through tokenization. Tokenisation also potentially solves real estate’s largest problem: asset liquidity. Traditionally, multiple parties are involved in legal transfer of property. Tokenisation eliminates the requirement for any third-party involvement, allowing ownership to be transferred directly from investor to investor.”