The failure of FTX and the allegations of fraud pointed at founder and former CEO Sam Bankman-Fried continue to garner much coverage in both traditional media as well as more modern digital news providers. The speed of the collapse, and the amount of funds involved in the company, should drive interest for many months. Part of the story is whether or not Bankman-Fried was pursuing a fraudulent scam for many months or was the debacle simply due to profound incompetence – a theory Bankman-Fried has been supporting. Sometimes the line between the two can be very gray.

Yesterday, an interesting thread cropped up on Twitter claiming Bankman-Fried will “go down in history as a fraud larger than Bernie Madoff.”

To review, Madoff was a pretty straightforward case of a Ponzi scheme. Madoff fabricated returns to investors while spending the money on houses, yachts, trips around the world, etc. Redemptions were repaid by new investors. All good for the con until the music stops. Madoff was arrested in 2008.

The con man Madoff pulled it off because he was viewed as an establishment figure on Wall Street – a one-time Chairman of NASDAQ. His reputation drove more investors to the inevitable trap. The loss to investors was estimated at $18 billion, with $14.4 billion returned, with the search for missing money continuing to this day.

The failure of FTX is still being sorted out, with Bankman-Fried recently claiming that $8 billion simply was “misaccounted.” Who knows where it went.

Bankman-Fried recently commented on a comparison between him and Madoff, stating that while Madoff really did little except fabricate monthly investor statements, his firm did little real business. FTX, on the other hand, was an operational crypto exchange with a real business model.

Enter Ram Ahluwalia, a “crypto CFA”. Ahluwalia is well known in the Fintech sector as he was previously the founder and former CEO of PeerIQ, an online lending data platform that was acquired by Cross River. His new gig is Lumida Wealth Management, a crypto-native investment advisor.

Ahluwalia claims that “FTX was a fraud even prior to recent events and as far back as 2021.”

My working hypothesis is that FTX was a fraud even prior to recent events and as far back as 2021.#SBF will go down in history as a fraud larger than Bernie Madoff. 🧵

Ahluwalia plots out the relationship between Alameda Research, Bankman-Fried’s hedge fund, and FTX, expressing his hypothesis that it was a symbiotic relationship that worked for a while until the wheels fell off. 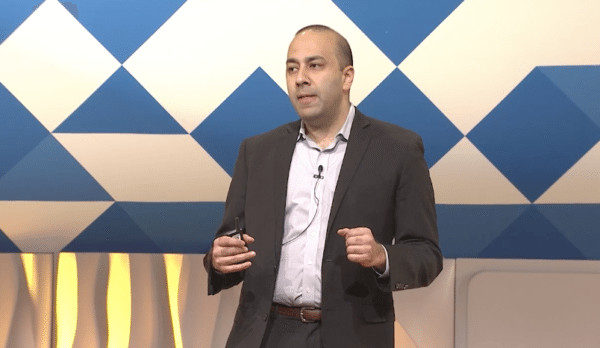 “Alameda was indispensable to FTX. Crucial for this analysis… FTX must inventory customer funds 1:1. How then to match buy & sell orders? Both orders would have to arrive at the exact same time, the exact same size, and agree on the exact same price. That never happens … Alameda fixes this problem by serving as the Designated Market Maker (DMM). Under US securities law, the DMM is obligated to make a market under any market conditions. The DMM stands ready to offer their own inventory of securities to the market, and stands ready to buy …  FTX is a gift for Alameda. FTX is gathering and attracting tons of uninformed retail order flow for Alameda to monetize by trading against. Similar to PFOF Alameda is a gift for FTX. Alameda offers valuable liquidity to customers. Otherwise, the exchange would have no volume …  That exclusive FTX/Alameda relationship conferred a major advantage to Alameda. Alameda could make a market with limited competition against uninformed retail order flow. Alameda would simply take the other side of random buy & sell orders and make money. So far so good.”

But Ahluwalia believes that the gig worked only until more sophisticated investors showed up. These investors were able to beat FTX/Alameda at their own game. He claims that “FTX & Alameda now flip from a slight positive expectancy to a slight negative expectancy. They are the sucker at the poker table. They start to bleed. They lose a small amount of money per trade – on millions of trades.”

He points to data that FTX was mainly utilized by “prosumers” and “trading firms.”  Over time, Alameda is providing liquidity for FTX but losing money on bad trades. Then the bear market arrives as crypto markets go from a booming sector in 2021 to a rapid collapse in value, peppered with multiple spectacular failures.

16/ The bear starts. A dump on Alameda accelerates as tokens value declines

Alameda is now facing a 'one-way' market. The DMM is great in a sideways volatile market

If the market is dumping, and you hold billions of long illiquid assets, and you are the DMM – you are toast

This is when FTX creates the widely reported “back door” for Alameda.

At this time, the gig is up, but the world does not know it. FTX must support its native token, FTT, which is “intrinsically worthless.” The exchange is selling real value (IE stablecoins) to defend FTT because if they don’t, it is game over sooner rather than later.

To end the thread, he states that Bankman-Fried’s operations are the “definition of a Ponzi scheme.”

That is the definition of a Ponzi scheme.

As Bankman-Fried has been tightly tied to the Democrat party – he was the 2nd largest donor to the Democrats in the last cycle, this group and its supporters in the media have been hesitant to call out FTX as a possible Ponzi. Not so with Ahluwalia, who is hammering FTX as an outright scam.

As both the Securities and Exchange Commission and the Commodities Futures Trading Commission are investigating the FTX failure, we should know more soon enough. Many observers expect civil enforcement actions to be joined by criminal charges, which could entail time in jail for Bankman-Fried and some of his executives if proven in court.