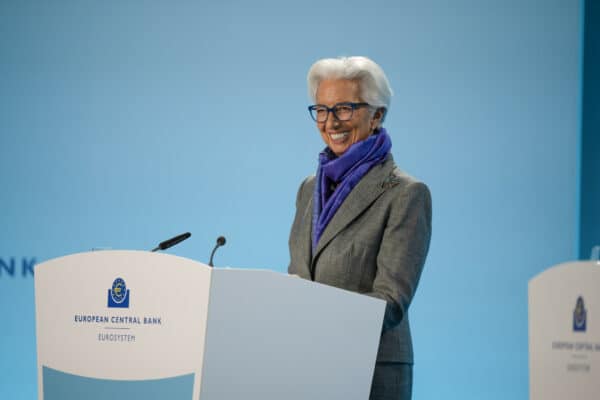 The European Central Bank (ECB) announced an interest rate increase of 50 basis points today on three key rates following similar decions by the Bank of England and the US Federal Reserve. The goal is to halt persistent inflation, which is decimating economies around the world.

According to the ECB statement, the Governing Council expects to raise rates “significantly further.” The ECB said that inflation is “far to high” and expected to remain above the 2% target for far too long. Inflation in November was quoted at 10%.

Europe now sees average inflation reaching 8.4% in 2022 before decreasing to 6.3% in 2023, with inflation expected to decline markedly over the course of the year.

A pending recession is expected to be “short-lived and shallow.”

Future decisions will be data dependent, decided from meeting to meeting.

Asked about the significantly higher rates, ECB President Christine Lagarde said they will raise rates at a steady pace indicating more 50 bps rate hikes are anticipated – for a period of time. “We have made progress, but we have more ground to cover.”

Following a trifecta of similar rate hikes, markets have become twitchy. Expectations of a so-called “soft landing” in the US are getting smaller in the rear view mirror.

While not all observers believe rates need to move dramatically higher, it is clear that policymakers will err on the side of caution.