Both public and private markets have been hammered. If you are an optimist, everything is on sale. For larger Fintechs, typically publicly traded, this may create an opportunity to scoop up competitors or complementary technologies on the cheap.

A report by S&P Analysis says that Fintech mergers and acquisitions slowed during 2022, with 371 M&As announced during the year versus 512 in 2021. But 2023 is a new year and the pain of 2022 could be replaced by an improving market over time. S&P believes that several themes are supporting more M&A activity in the Fintech world:

CI has already heard from private market insiders that report big money is looking to purchase equity on the cheap as there is a boatload of dry powder waiting on the sideline and it is tough to call a bottom, but observers believe we are getting close.

If you are a Fintech that is not profitable yet and have a limited runway – the writing is probably on the wall. We would not be surprised if some big deals are announced in the next 12 months. As one door closes, another opens. 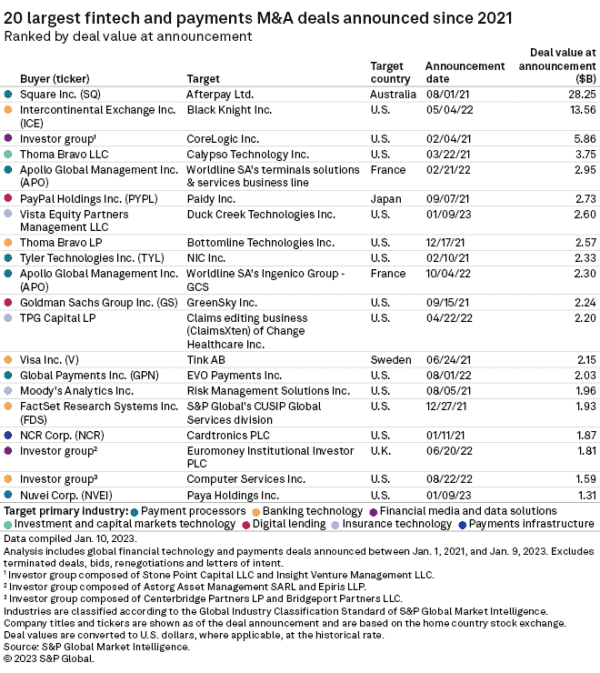