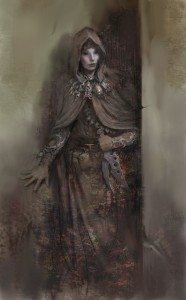 InXile launched its crowdfunding venture nearly a month ago. The campaign ends this Friday at 8 p.m. Eastern (5 p.m. Pacific). That gives it slightly more than 72 hours to raise the $617,000 it needs to catch up to Obsidian’s Project Eternity. That would make it the most-funded video game Kickstarter yet.

GamesBeat reached out Double Fine to see if they had any hard feelings about another game surpassing them on the Kickstarter leaderboards.