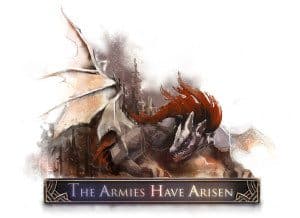 Camelot Unchained, the upcoming RvR-centric MMORPG from Mark Jacobs and City State Entertainment, could be the spiritual successor to the classic Dark Age of Camelot.  We had a chance to talk to CSE co-founder Mark Jacobs and ask a few questions regarding the game and the decision to Kickstarter the project.

So, why Kickstarter for Camelot Unchained?

Kickstarter is so important to the industry.  Publishers are going under without new ones coming into play.  It’s scary when publishers have all the power.  Kickstarter and crowdfunding are going to be incredible tools for developers as long as we don’t screw it up.  It’s the perfect weapon against publisher control.  You see publishers doing things these days that they simply couldn’t get away with when the others were out there.  If Kickstarter works, developers have a viable way of getting games done.

I find it reprehensible that to get distribution deals you have to give up your IP.  I don’t hate publishers, but I’d like them to loosen up and partner up so that the industry can be healthy.  The industry is in bad shape, and bunker mentality isn’t going to help.  Kickstarter could be the thing that brings balance back.