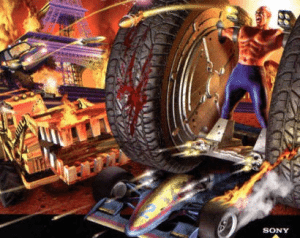 On the advisory board, Jaffe is joined by Zack Norman, the creator of Interstate ’76, and Chanel Summers, a sound expert who helped design the audio systems of the Xbox hardware. There isn’t much detail in the press release past the break about Autoduel itself, other than it’s a team-based affair set in the post-apocalypse (of course) with “RPG-influenced persistence and progression gameplay.”