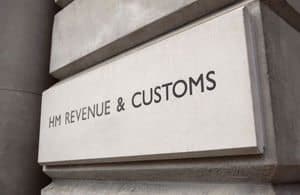 UK Equity Crowdfunding Sites Promote Generous Tax Incentives Available for Investors.
One Program, available since 1994, has generated over £8.6 Billion in funds raised. But it is too early to measure the total impact of these incentives. 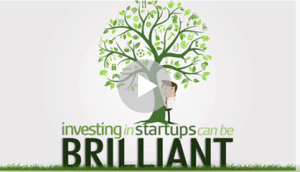 Seedrs, another equity crowdfunding platform, does a superlative job of advocating and explaining the SEIS process.  The platform walks investors and entrepreneurs through the process.  They announced today they have started receiving SEIS and EIS tax certificates from HMRC and clearly explain the procedure on their site.

FundTheGap, BankToTheFuture – all of the equity crowdfunding sites in the UK indicate which tax incentive programs may be accessed with each deal they list on their sites.

Some UK politicians have been vocal in advocating on behalf of crowdfunding innovators.  Lord Young, advisor to the British Prime Minister on small business and enterprise, has been a tireless advocate of fostering an environment which facilitates the creation of small businesses, because–as we all know–small businesses sometimes end up becoming large ones.

But the British pols have gone beyond this.  They have incentivized the act of investing in these risky propositions, and these incentives are significant. 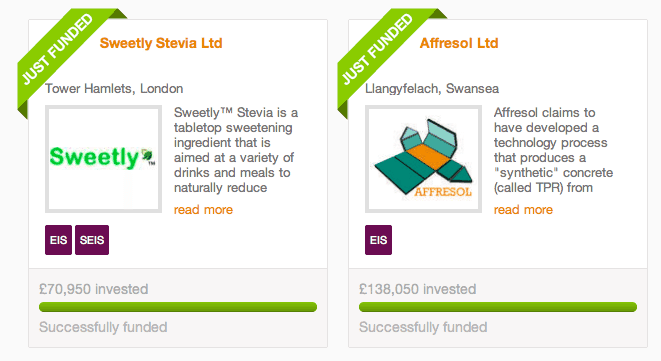 actions.  In a world of limited resources, incentivizing one program diminishes the interest in other programs, and that may have unwanted effects.  However, when policy demands a stimulus incentivizing private sector growth over public sector bloat it is far more beneficial for long term growth.

There are two widely mentioned tax incentives which have been associated with crowdfunding in the UK.  The first is the Enterprise Investment Scheme (EIS), which was started in 1993 to help small, high risk companies raise capital.  This plan actually replaced a previous plan, the Business Expansion Scheme (BES), which had been somewhat poorly written as many investors utilized it purely for tax relief and not necessarily to fund solid business operations.  The Chief Secretary to the Treasury at the time, Michael Portillo commented after the EIS introduction, “The purpose of Enterprise Investment Schemes is to recognise that unquoted trading companies can often face considerable difficulties in realising relatively small amounts of share capital. The new scheme is intended to provide a well-targeted means for some of those problems to be overcome.”

Companies must qualify for this program and certain limitations are incorporated. One of these limitations is that the company cannot be publicly listed. There are also limitations on the total amount raised.

The EIS program allowed for investors to reclaim 30% of income tax by an approved offering.  So within the limit of £1 Million, the 30% could add up returning potentially £300,000 of income tax for a UK investor.

On top of this benefit there are no capital gains taxes to be paid.  There are other incentives which can be leveraged with this program, including inheritance tax relief.  This description has been simplified for brevity’s sake, but if you are interested in a deeper explanation Her Majesties Revenue and Customs has a detailed description of the plan.

SEIS has an annual limit of £150,000 raised but this may be used in conjunction with EIS.  The company may not have more than £200,000 in assets when shares are issued, must have fewer than 25 employees, must not be listed, cannot have existed for more than 2 years and must not have received investment from a Venture Capital Trust.

In certain situations investors may incur absolutely no liability whatsoever if their investment goes poorly, while successful ventures may generate up to a 4x return.  This is an incredible stimulus program to boost a flagging economy by allowing more market-driven principles to also drive the investment decisions.

Tax relief up to 50% of the cost of the shares is available for investors.  One example of how the program works is as follows:

Data on the SEIS program is scarce since it was just recently introduced.  Data is expected to be released no sooner than December 2014.

As for the EIS program, data does exist due to the longevity of the program.  Since inception over 18,500 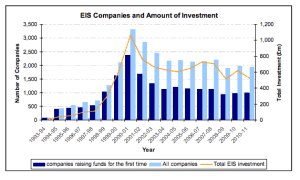 companies have benefited from this tax policy. Over £8.6 billion in funds have been raised.  Almost half of the number of investments have gone to investments of £100,000 or less, but 50% of the funds are concentrated over £1.75 Million.  These statistics do not include the benefit of crowdfunding, and the intrinsic efficiencies made possible by equity crowdfunding platforms, as the innovation is so recent.

Clearly smaller companies have benefited from this program.  The realization that very early stage companies–or very small companies–needed an adjusted program bodes well for entrepreneurs in the UK for years to come.  Crowdfunding platforms have clearly promoted the perks of investing in these high risk enterprises, and with little empirical data to date it is difficult to quantify the impact of these tax incentives.  With certainty investors are benefiting and there has been an impact in the allocation of capital towards small enterprises.

An investment which has gone bad is something which is not easily remedied, but with programs like this it certainly can take the sting out of risky investments.

Should the United States review these incentives or subsidies and propose domestic programs which are similar?  If the political class deems further economic stimulus necessary, then most definitely.