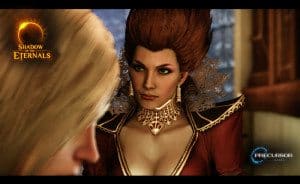 It was previously reported the Shadows of the Eternals had canceled their crowdfunding campaign on Kickstarter.  The campaign had been halted standing at $128,000 raised on a goal of $1.35 Million.  The original end date was to be the 19th of June.

Now there are reports the campaign will be relaunched at a lower amount.  Many fans were supportive of the shift when it became clear the original goal was unattainable.  None of the donated funds have been removed from supporters accounts as the entire crowdfunding for the popular game remains in limbo.

While there is no clarity as to what the lower amount will be – it is certain the amount will come in at a more achievable level.

Shadow of the  Eternals was developed by gaming studio Precursor Games located in Hamilton, Ontario.