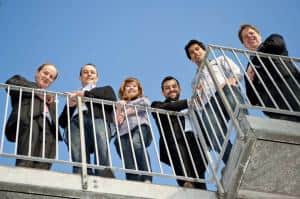 Only the very beginning .. Seedrs plans for growth rate to accelerate significantly over the next few years.

Seedrs is one of the leading equity crowdfunding platforms in the United Kingdom.  They recently celebrated their first active year of equity crowdfunding having raised £1.4 Million for 27 crowdfunded campaigns – where the average amount invested was £631.  The UK has been leading the investment crowdfunding movement in many ways as the regulatory environment has been somewhat more amenable than the extended process being experienced in the United States.  Seedrs, and their CEO Jeff Lynn, has been very much at the forefront of this charge. 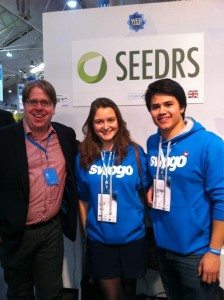 The Seedrs platform is targeting early stage capital of £150,000 or less (but will make exceptions to this when desired).  They have recognized the majory inefficiency in the market for seed capital and they are here to change that.

In light of their stellar year, Crowdfund Insider reached out to Lynn for comments on the recent past and thoughts on their future.

CFI:  Congratulations on a fantastic first year for Seedrs and Crowdfunding in general for the UK. How do you feel about everything you have accomplished?

Jeff Lynn:  We are thrilled. Launching an investment platform from a standing start is a very difficult thing to do, and there was every possibility that we would push the button to go live and see tumbleweed pass by. The fact that we’ve had so much interest – 17,000 members, of whom over 10,000 are investors, and £1.4 million invested – is a tremendous result for our first year and one that we could never have predicted.

CFI:  I am certain you have learned quite a bit in the past year, what were some of the biggest revelations?

Jeff Lynn: I think the most important lesson has been the importance of momentum. It’s remarkable to watch campaigns slowly start

to get traction, and then all of a sudden they hit a tipping point and investors start flooding in. We wrote a blog post about the importance of momentum, and the numbers paint a very clear picture of what differentiates successful from unsuccessful campaigns.

The other big lesson is simply that this kind of platform is something that the market wants. We built Seedrs based on the hypothesis that traditional market for seed capital is highly inefficient, and that there were lots of great startups going unfunded and lots of investors would love to invest in startups but who couldn’t. Plenty of people told us that what we’re doing would never work, that the startup ecosystem wasn’t nearly as vibrant – and didn’t have nearly as much latent supply and demand as we thought – and it’s been great fun to begin the process of proving them wrong!

CFI:  Seedrs is growing quite rapidly, do you expect the momentum to continue?

Jeff Lynn:  What’s the expression – “we have not yet begun to fight”? What we’ve seen so far is only the very beginning, and we plan for our growth rate to accelerate significantly over the next few years. In coming months we’re going to have some very exciting announcements around how we’re going to make it happen, so watch this space!

CFI:  What are some of the biggest challenges for companies when they post a deal on Seedrs?

Jeff Lynn:  The biggest challenge – but also the biggest opportunity – is around marketing your deal and generating initial

momentum. Some entrepreneurs think that they can just post a campaign, sit back and let the money flow in. That’s not how it works: we are tool to aggregate small investments from lots of people, and while we do have a large base of regular investors who will join deals they find interesting, the key to success for an entrepreneur is about mobilising his or her networks. And that doesn’t mean getting your parents to throw in a bit of cash – it’s actually much more about getting some PR, leveraging social media, and bringing in people whom you don’t know but who are interested in what you’re working on. The entrepreneurs that have been most successful on Seedrs have been the ones that have gotten out there and shown some hustle – talked to everyone they could, encouraged them to check out the campaign, etc. Meanwhile, entrepreneurs who aren’t willing to put in that effort find crowdfunding a real uphill battle.

CFI:  You show over 17,000 users, does that mean registered investors?

Jeff Lynn:  I think that crowdfunding works best for seed-stage companies, and that’s why we chose to focus on this space. When a 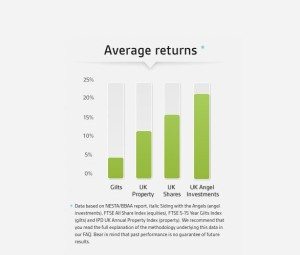 business is just starting out, professional investors have very little in the way of an advantage in picking winners, and if anything they tend to be biased against the most disruptive new plays. By contrast, 50 or 100 reasonable savvy people from a variety of backgrounds who vote with their wallets that something is worth backing is a very powerful indicator. In other words, we think the wisdom of the crowds works very well at this stage.

None of this is to say that there aren’t good opportunities for crowdfunding at a later stage, and certainly it can be a wonderful option for companies with big customer bases. But on the whole, as you get more into Series A territory I think the VCs and other professionals start to have more of an advantage, and I think crowdfunding tends to be a little less effective from an investor’s perspective at that point.

CFI:  How important is the availability of the SEIS tax incentives for Seedrs and the Crowdfunding industry in general.

Jeff Lynn:  We built Seedrs before SEIS existed, and it never factored into our plans. It has been a great incentive to get more people thinking about investing in startups, and it gives the British startup ecosystem a nice advantage over other locations (which is exactly what the policy was intended to do). But ultimately crowdfunding will be a global businesses, and when you have investors and entrepreneurs from all over the world taking part, a tax relief that is only available to UK investors and UK companies will play a 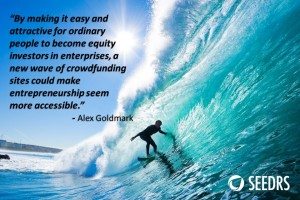 relatively minor role in it all.

CFI:  Do you have future plans for expansion outside of the UK?