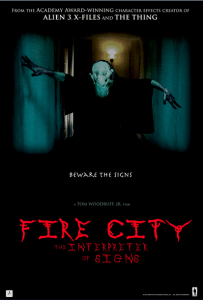 Fire City creators, Michael Hayes and Brian Lubocki, pooled their money for  test footage and started shopping their product around but as studios heard about the footage offers came in.  But the studios wanted the film rights but not the creators.  Fearing another “soul-less, forgettable film” (which we have all spent far too much money on) the creators decided to go the crowdfunding path.  Enter Kickstarter and crowdfunding.

Self described as a “Harry Potter for Adults”. Fire City is a mix of film noir and demon fantasy, which the organizers hope to see become a multi-platform franchise along with a blueprint for four films. Its first comic book just premiered at this year’s San 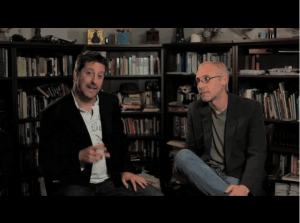 Diego Comic Con in conjunction with its Kickstarter campaign, and test footage and a short film promo can be seen online.

The project has attracted some interesting talent including Tom Woodruff Jr. who is the Director.  He has years of experience working on big budget films doing special effects on some of the most memorable films in recent years.  They also bring veteran line producer Dennis Stuart Murphy, responsible for keeping projects on-budget and on-schedule, known for 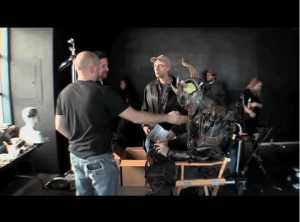 FX channel’s The Bridge, Enough with Jennifer Lopez, Buffy the Vampire Slayer and Friday The 13th Part 2. Their sound designer is Christopher Eakins who has worked on The Matrix Reloaded, The Expendables and TheExpendables 2.

The crowdfunding campaign has set a goal of $100,000.00 with the top tier rewards allowing for your participation in the film.  Yes for only $10,000.00 you too can get killed on screen by a demon, not exactly a speaking role per se but “screaming and gargling is permitted”.