Rockethub made news by partnering with A&E for Project Startup, a campaign that aimed to support entrepreneurs using Rockethub to crowdfund their projects by giving them exposure across A&E’s media products.

RELATED: The Crowdfunding Success Pattern – Plus an Intro to A&E’s Project Startup

Spira Footwear and founder Andy Krafsur is about to benefit from this project in a big way. He has teamed with the hit A&E show Duck Dynasty on a new, officially licensed version of his Spira running shoe – in camouflage, of course – and the shoes will be called out during a special segment during an episode of Duck Dynasty.

Krafsur has already completed a successful crowdfunding project on Rockethub. A second campaign specifically for these shoes has now launched with a $100,000 goal. 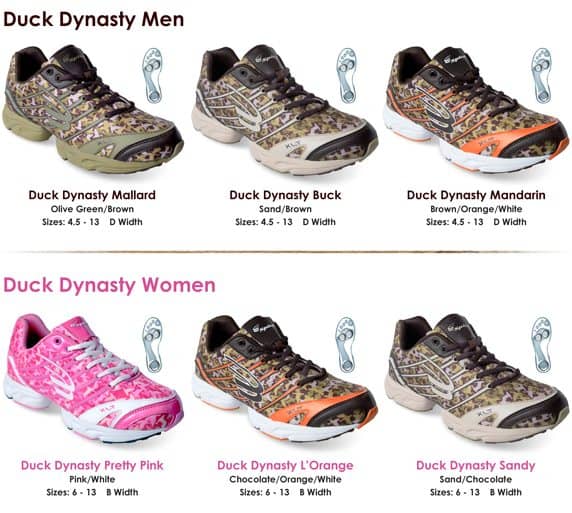 It’s an exercise in pretail, with shoes being available at a reward level of $90 until August 26, 2013. After that date backers will have to pony up $100 to lay claim to a pair. Delivery is likely as the company has already completed one successful rewards-based crowdfunding campaign.

If the campaign is successful, A&E will donate $20,000 to America’s VetDogs, an organization that provides service dogs for veterans.