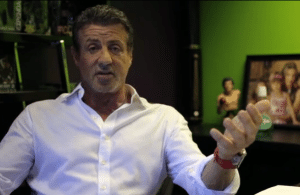 Add another Hollywood film to the credits of crowdfunding film,  Reach Me, a project by Director / Writer John Herzfeld launched this week on Kickstarter in an attempt to raise $250,000 to finish the already started film.  The project stars erstwhile action star Sylvester Stallone along with a cast of very well known names.

The film is based on a book of the same name with a plot line of intersecting characters and a story of inspiration.  Herzfeld actually wrote the script a dozen years ago and has been on a mission to get it on the big screen since 2001.  The film was in the process of shooting when one of the producers reportedly contacted Herzfeld and informed him they had run out of money 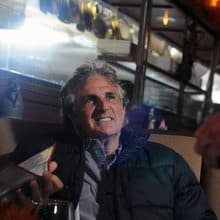 and had to stop the film.  Enter crowdfunding the new, most popular way to finance a film.

Herzfeld tackles the sometimes tricky question about having the wealthy actors finance the film with panache.  Simply stating they are mostly working for nothing and have already given a lot.  There is also the pretail angle as donors are certainly committed to promoting any successfully crowdfunded film. Arguable creating more “social” value than the quarter million dollar stated raise.

The list of well known (or recognizable) actors is impressive.  The production features:

You would expect the script to be good if they all signed up for back end gross (instead of paid up front).

Rewards start at $1 and head up from there. For $ 60 you get the t-whir plus DVD.  Hit the $10,000 mark and – if you are so inclined – get your song in the movie (for aspiring rock stars).  There is also 2 opportunities to attend the premier and do the red carpet thing.  The single package to be a member of the cast is already gone.  No mention of stretch goals – as of today.