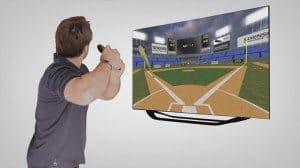 STEM virtual reality game controller set a crowdfunding goal of raising $250,000 this past Thursday and they hit this goal on the same day.   Standing at almost $500,000 only a few days into their campaign, the STEM system has the potential to enter the realm of crowdfunding super stars with this type of momentum.  First stretch goals are already in. 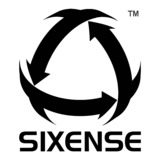 The STEM system is a wireless, virtual reality – modular motion tracking platform for video games.  This piece of hardware allows users to interact naturally  with games by tracking full body motions.  Partner this with the Oculus Rift and you may never leave home.  To date the crowdfunding campaign has captured the support of over 1900 backers but can expect many more in the next couple weeks.

This hot product comes from Los Gatos, California based Sixense which was founded in 2007 by Amir Rubin.  They have been working on creating motion tracking technology for years now.  They have pioneered VR and their STEM system represents an evolutionary step from their earlier product the Razer Hydra. 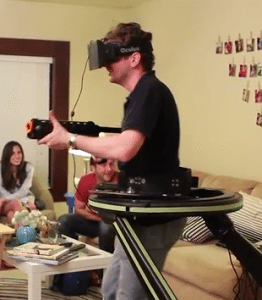 If you want to get a good idea how cool this gaming device really is – watch the pitch video and then sign up for your very own.

The system uses five wireless tracking modules which allows it to track not just your hands but your head and entire body.  The system is an open platform – at least until someone decides to acquire their technology – so developers will be able to create games with no restrictions.

First person shooter games, sports games even RPG will never be the same.  This makes your Xbox connect look simply Jurassic.  This is “the light saber”. 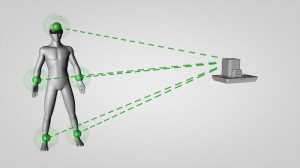 Kickstarter backers can expect to receive their very own STEM by July 2014.  We are certain to see this available to gaming enthusiasts everywhere soon after that.