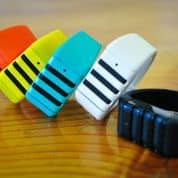 Cincinnati tech startup Kapture, the audio recording wristband that allows you to save and share what was just said, is recently beat their Kickstarter campaign goal. Over 1,228 backers supported the month-long campaign with a total of $162,386 being pledged, exceeding their goal of $150,000, and putting them in the less-than-one-per-cent of Kickstarters that raise over $100,000.

Following the conclusion of the Kickstarter, the founders of Kapture are excited to announce that starting November 1, pre-orders will be accepted through their website, kaptureaudio.com.

“The success of the Kapture Kickstarter campaign can be attributed to enthusiasm for the product’s endless applications in the everyday lives of its supporters,” said Matthew Dooley, one of Kapture’s co-founders. 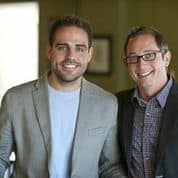 During the course of the campaign, the founders remained actively engaged with the Kickstarter community, innovating where they discovered an opportunity.

One such innovation was the Klip, which was designed in response to supporters who wanted an alternate option for accessorizing with the device. In addition, Kapture solidified its status as wearable tech that’s meant to be seen by introducing two luxe metallic editions, putting it in the company of the stylish iPhone 5S and Google Glass. Initially offered in five on-trend colors, Kapture is now also available in 14K gold and chrome, thanks to a partnership with 3D printing powerhouse Shapeways.

Kapture’s public release is planned for March 2014. Not everyone will have to wait until Spring, as the Kapture team will receive input from sixteen supporters who backed a premium pledge level, allowing them to help perfect the device as beta testers in a hands-on experience.