Launched in 2011, Abundance Generation wants to revolutionize the way people invest in renewable energy.  They want to make it easy to share in the benefits of clean energy production by way of “Democratic Finance”.  In 2011 after a 14 month marathon, the platform received regulatory authorization from the FSA (precursor to the FCA) where they postulated that perhaps they were the first ever “independent retail investment business ever approved”.

The platform started offering investments in energy projects last year as they started to pick up momentum.  Their second project, a community wind turbine in the Forest of Dean, raised £1.4 Million for a debenture which is expected to generate a rate of return of 6.75% to 8.0% (after fees) over the life of the 20 year project.  This project closed on January 1, 2013. 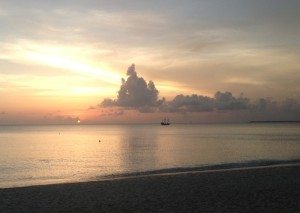 Now as reported in multiple sites, the clean energy crowdfunding site has raised over £400,000 for their most successful energy crowdfunding offering to date.    The SunShare Community Nottingham project is seeking a raise of £500,000 to £896,000 in a re-financing package for roof mounted solar PV system.  The install is across 20 different community sites in Nottingham which are already generating electricity.  The panels were originally installed in 2012 and early 2013.  The project was originally financed by Stepnell, a 140 year old family owned company.   Stepnell looking to recycle their investment and put their money to work into new development projects.

In an article on BusinessGreen, Bruce Davis co-founder and join managing director of Abundance Generation was quoted as saying about the Nottingham project;

“Investing in UK solar projects is now breaking through to the mainstream investor,” he said in an emailed statement. “This is reflected in both the speed of this raise and growing numbers of investors looking for income returns from investments directly into renewable energy assets.”

Incredibly investors may participate with as little as £5.

In a recent post on the Abundance Generation site they noted that nearly 480,000 panels have been installed across the country which is the equivalent of 2.5% of UK households.  With 74% of the UK public interested in solar panels – they have a lot of potential market growth in their future.