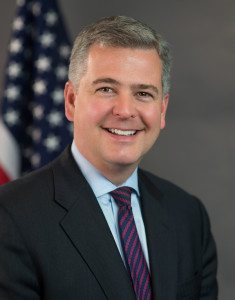 On the Proposed SEC Regulations & Crowdfunding – A Postscript.

Behind the unanimous vote that accompanied the SEC’s issuance of proposed crowdfunding regulations on October 23, 2013, I sensed that there was more afoot behind the congenial surface.  It seemed unlikely to this Commission observer that the sharp divisions amongst the Commissioners, which surfaced on July 10, 2013 upon the issuance of final and proposed JOBS Act Title II rules regarding general solicitation of investors in private placements, would simply evaporate in the context of proposed crowdfunding rules issued three months later.  Rather, it seemed more likely that the Commissioners recognized that if any public differences amongst the Commissioners accompanied the proposed rules – this would send a very ugly message to the same Congress that has vocally criticized the SEC for months for dragging its feet on Title III rules (crowdfunding):   behind the delay in crowdfunding rulemaking were differences at the Commission level which threatened to delay Title III crowdfunding indefinitely.

Discretion being the better part of valor, it seemed to me that the Commission decided to reserve any public disagreements amongst the Commissioners for the final rule implementation.

Support for what is admittedly rank speculation on my part seemed to surface in remarks made by Commissioner Daniel M. Gallagher on November 6, at the FIA Futures and Options Expo.  It also seems to me that any chinks in the SEC’s armor of unanimity could bode well for crowdfunding companies in the final rules.

Specifically, in Commissioner Gallagher’s remarks on November 6, he addressed the broad topic of the need for a “holistic review” of the equity market structure, particularly as it relates to costs and inefficiencies for small and emerging companies.  In particular, he cited to the decline in smaller IPO’s, noting that “the associated costs of becoming a public company for smaller businesses are incredibly high and have discouraged small companies from entering public markets.”  He laid the major blame on decades of regulatory actions:

“Paramount among these regulatory actions, of course, are the rules and regulations promulgated by the SEC. With the benefit of hindsight, we see that many of the SEC’s rules, while perhaps well-intentioned and aimed at protecting investors, have been the progeny of a one-size fits all approach unsuited to today’s markets. So what has this approach led to? Sadly, although the spirit and intent of the SEC’s efforts have been to provide investor protection, their effect may have been to create barriers for small and emerging growth companies that want to enter the capital markets.”

Commissioner Gallagher focused some of his remarks on the JOBS Act itself, noting that “[w]e were reminded of the importance of this focus [encouraging the sustainability of small but growing businesses] by the enactment of the JOBS Act of 2012.”  In this context he stated:

“As the Commission continues to implement the JOBS Act, it is critically important that the agency resist the regulatory impulse that so often hinders capital formation in a quest for the nanny state ideal of achieving perfect investor protection through the complete elimination of risk. As we have seen, time and again, the result of such government intervention is the loss of investor choice and, therefore, opportunity.”

Part of Commissioner Gallagher’s focus was on the Commission’s historic “one size fits all” approach to disclosure obligations of companies:

“The underlying premise of the Commission’s disclosure regime is that if investors are given appropriate information, they can make rational and informed investment decisions. This is not to say that the disclosure regime was meant to guarantee that investors receive all information known to a public company, much less to eliminate all risk from investing in that company. Instead, the point has always been to ensure that they have access to material investment information. Given the costs associated with public company disclosure requirements and the voluminous reporting they lead to, however, it is important to be willing to consider setting aside the one-size-fits-all approach in favor of more tailored requirements for different-sized companies.”  [Emphasis added].

The theme that Commissioner Gallagher is presenting in the context of small public companies and small “would be” public companies, burdened by the outsized cost and expense of going public and remaining public, is equally apropos to smaller private companies wishing to avail themselves of an equity crowdfunding capital raise.

In my article of November 4, published in CrowdfundInsider, under the sub-heading “The Core of the Complexity – the SEC’s Disclosure Model is Broken”, I noted:

“From the vantage point of a securities lawyer, what is at the core of the (unnecessary) complexity are the disclosure requirements outlined in 10 of the 585 pages of proposed regulations – which mandate what disclosure a crowdfunding company must make – and how it must make it  .  .  . “

“ If disclosure is the name of the game (indeed the only game) for investor protection, at least from the SEC’s vantage point (which I fully expect and understand), the disclosure must be “right sized” for the dollar amounts involved and in a format that is truly meaningful to an investor.

If there is anything the SEC must do before it completes the rulemaking process – it MUST devise simple, meaningful disclosure in a format which is tailored to the process by which the crowd will absorb and analyze information.   Instead, the SEC has gone overboard, and taken the entire crowdfunding market with it.  And not surprisingly – as disclosure is the principal tool of the SEC’s historical regulatory power – and historically, more disclosure has been viewed as better than less.  Nonetheless, if an equity crowdfunding market is to develop, crafting a simple, suitable disclosure model will be mandatory.”

Commissioner Gallagher’s call on November 6 to consider setting aside a “one-size-fits-all” approach in favor of “tailored requirements for different-sized companies” is eerily similar to my call on November 4 for the SEC to craft what I referred to as “right sized” disclosure for the equity crowdfunding market through “tailored” disclosure.   Similarly, my call for measured disclosure was coupled with a prognostication as to what overly burdensome disclosure obligations would mean for the fledgling crowdfunding market.

I am hopeful that the same principles which Commissioner Gallagher outlined in his November 6 remarks addressing regulatory burdens on smaller businesses will trickle down to the final crowdfunding rules – especially if the Commission is presented with thoughtful comments from the public during the remaining public comment period.

My thanks  to ‏@DanGallagher for adding to a much needed dialogue on the need to revisit an 80 year old regulatory regime borne out of another era.  He is starting to sound a lot like the Commissioner Gallagher who railed against the proposed Rule 506(c) regulations on July 10, 2013, who asked the public to submit “unvarnished comments”

It is time for the public to submit their “unvarnished” comments to the Commission on the proposed crowdfunding rules.

Samuel S. Guzik writes a regular column, The Crowdfunding Counselor, for Crowdfund Insider.  He is a corporate and securities attorney and business advisor with the law firm of Guzik & Associates, with more than 30 years of experience.  He is admitted to practice before the SEC and in New York and California. During this time he has represented a number of public and privately held businesses, from startup to exit, concentrating in financing startups and emerging growth companies.  He also frequent blogger on securities and corporate law issues at The Corporate Securities Lawyer Blog.