Kim Thompson and Gary Groth started publishing comics under Fantagraphics Books since 1976. This year tragedy struck the group. Kim Thompson was diagnosed with lung cancer and died in four short months earlier this year, which forced the company to cancel or postpone 13 titles. This disrupted cash flow in a big way. 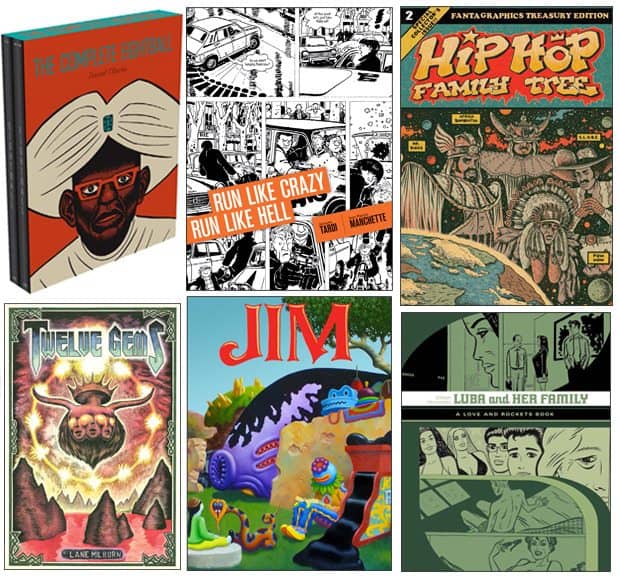 The solution? Fantagraphics Books has turned to Kickstarter to raise $150,000.

… we’ve suffered a severe shortfall that will impede our ability to produce next season’s books. That’s why we’re asking our faithful readers and new converts alike to help us recoup — and help finance our next season’s books. The money you contribute will go toward production, design, marketing, and printing our books.

There are an enormous amount of available rewards; I’d argue too many if the campaign didn’t generate the type of early success it has. I was around 100 rewards when I lost count.

In a world of throw-away art, filled to overflowing with comics that are trite, jejune, juvenile, and thoughtless, we’ve always wanted to publish comics that will endure, and have consistently published cartoonists who pushed the boundaries of the expressive possibilities of the form. 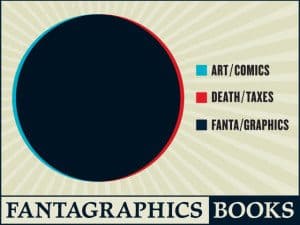 Kickstarter is very much in line with the ethos of the company. Fantagraphics prides themselves as being a hard-working, non-corporate indie outfit. They’re tailor-made for crowdfunding, and their pitch indicates as much. It’s very low on nonsense and provides a ton of insight into the company, how it started, where it is today and why they have turned to the crowd for help.

We publish 100 books a year with a staff of 20 — a level of efficiency unheard of in corporate publishing. We work hard! We would never be mistaken for a bottom-line oriented, bean-counting commercial publisher with their blockbuster mentality, bloated budgets, and eagerness to pander to the lowest common denominator of consumers. We pride ourselves on taking risks, publishing work based on merit, and a commitment to serious artistic standards.

With 25 days left in the campaign it is certain to be fully-funded. Overfunding will help the company weather the storm they find themselves in in 2013, so here’s to hoping they raise more money and successfully deliver on rewards.