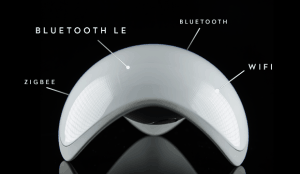 Coming out of Sydney, Australia, Ninja Blocks have logged their second success using the Kickstarter to launch a new product.  In March of 2012 they raised $102,935 on a goal of $24,000 for their first step in creating a dynamic interconnected world with their Ninja Block device.  This time around,  with over 50 days left in their crowdfunding campaign, they have easily cruised past their goal of raising $115,000 AUD and stand at over $160,o00 AUD as of today.  Kickstarter, while always hosting Australian crowdfunding projects, officially launched in Australia only recently creating an environment where supporters may contribute in the local currency.  The Ninja Blocks used Kickstarter to launch their startup company with their 2012 campaign.

As success has a tendency to breed success they are at it again with a new “internet of things” project: the Ninja Sphere. Their first project Ninja Blocks allowed non-programmers the ability to connect things and create rules to generate actions via the internet.  Pretty cool stuff.  Ninja Sphere is taking this concept even further and leveraging open source technology to allow you to connect just about everything in your home.

They have incorporated a long list of supported devices including: 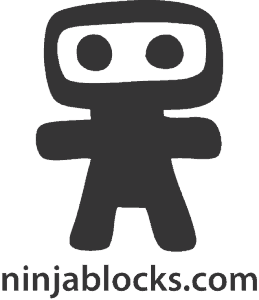 The Ninja Blocks team intends on supporting more and more devices which allow integration and since they are open sourcing their product developers may take advantage of their platform for their specific devices. 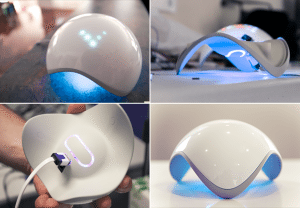 The Spheramid is the heart of the device that keeps track of all of your interconnected devices using Bluetooth (BLE too), WiFi, ZigBee and USB.  Team Ninja is also working on incorporating gesture control allowing users to control devices with a wave of your hand.  We all know  the future of the smart home is just around the corner.   Ninja Blocks wants to be one of the first companies there and they intend on open sourcing everything to the rest of the world. 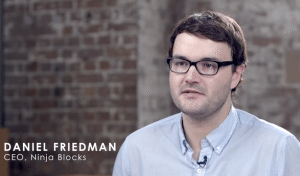 from their first campaign returning for the next version of their concept.  To create an interconnected home you need multiple items including a Ninja Sphere, Spheramid Gateways ,waypoints and power sockets.  The “Early Bird Large Home” reward which priced at $599 AUD was quickly sold out.

Backer comments are pretty active as supporters see the potential and are clearly engaged in the project.  With the Ninja Sphere the future of a Jetson’s like living environment is almost here and coming from our Aussie friends.  Planned shipping date is June 2014.