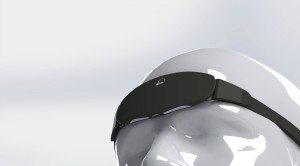 Crowdfunding on Kickstarter now is the Aurora Dream Enhancing headband which received a nice Christmas gift of surpassing their $90,000 funding goal.  The lucid dreaming tech device announced their achievement in a backer update the day after Christmas.

Christmas came a day late for iWinks this year. Better late than never! Due to your unprecedented support we’re on our way to creating the most advanced lucid dreaming solution on the planet. We can’t wait for what comes next – building these units and shipping them to you! To celebrate, we are excited to announce details of the iWinks OPEN SLEEP PLATFORM plus a special bonus gift for backers at our lucid dreamer ($200) level! Its just our way of saying thank you.

iWinks, the company operating the Aurora campaign, also announced a new partnership with “DreamWater” a sleep aid drink which includes a shot of melatonin in the liquid.

The campaign has now positioned their efforts to tackle a significant stretch goal of raising $300,000.  As part of the stretch the iWinks team has committed to embedding the algorithm into the Aurora device meaning a connection to a smartphone will not be necessary to operate the product. 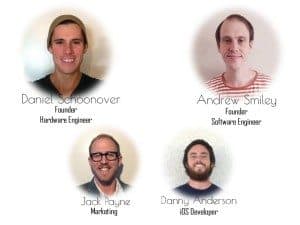 Aurora Lucid Dreamer device crowdfunding campaign filled a void of a previous attempt to crowdfund a lucid dreaming device.  Luci Advanced Dream Inducer cancelled their own crowdfunding campaign on Kickstarter after raising over $350,000 from more than 2500 backers.  Awkward explanations from the organizer, Montreal based GXP Enterprises, did not aid the situation leaving jilted supporters questioning the propriety of the project.

iWinks was founded by Daniel Schoonover and Andrew Smiley, who connected while studying electrical and computer engineering at the University of Florida.