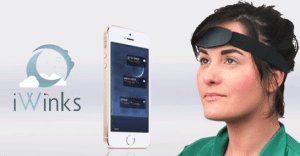 Aurora dream enhancing headband which was just recently launched on Kickstarter received some local coverage from a San Diego ABC affiliate.  The crowdfunding campaign launched on December 12th is closing in on their $90,000 goal with more than a month to to.  The “lucid dreamer” product caught some notoriety as it was viewed as a viable alternative to the Luci Dreamer which was cancelled in a bizarre fashion – after being over-funded on Kickstarter.