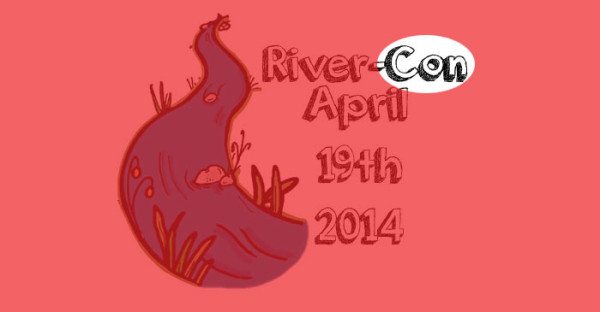 In late September of 2013 a group of gaming enthusiasts launched a Kickstarter campaign to bring a gaming and comic book convention to the South Bend, Indiana area. It was to be called River-Con. The group was able to raise $4,000 on a goal of just $2,000… not an earth-shattering raise by any stretch, but one of thousands of smaller crowdfunding successes, most of which go on to deliver on promises made.

This one bucked the trend. The campaign has ended in an investigation and a promise of refunds.

The fallout stems from a letter sent out by former SBGA president Erica Warren, which was captured in the following Kickstarter comment. In the letter, she openly admitted to embezzling $1,300 of the SBGA’s funds… 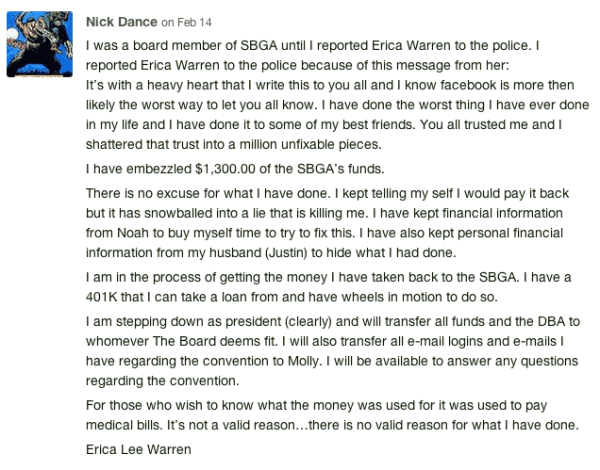 It also made WSBT Channel 22 News in South Bend…

At this point it seems that more serious, formal charges are on hold as Ms. Warren scrambles to pay back her newfound debt. The event has apparently been cancelled regardless, and Warren has destroyed her former Facebook page presumably in an effort to avoid any additional backlash.

It’s amazing that the situation was allowed to get to this point considering Warren was working with an entire group of volunteers and supporters. As one of those involved said on Facebook, “… in addition to donating our money (which rest assured, we did) we also volunteered hundreds of hours of our time. We’re not asking for a medal or a pat on the back, of course. But we’d like to hope people can realize that we are every bit as much victims of this as anyone else. We get why people are angry. We’re angry too.”

Consider this ironic statement from the campaign page…

EXPERIENCE – We are highly experienced. We have decades of retail experience handling sales, organizing, and running events. We’re already working on a schedule of events as more companies come on board and we should have the website live after the close of this campaign.