On February 19, 2014, in a missive to the SEC, signed by 18 state securities administrators,  under the letterhead of the North American Securities Administrators Association (“NASAA”), the message was clear:

“[we] write to voice our objection to the Commission’s attempt to preempt state authority over small corporate offerings through its Proposed Rule Amendments for Small and Additional Issues Exemptions under Section 3(b) of the Securities Act (“Regulation A+ Proposal”).”

“we stand united on two core principles: (1) protecting investors and (2) helping small businesses access the capital they need to start their companies and grow much needed jobs for the economy.” 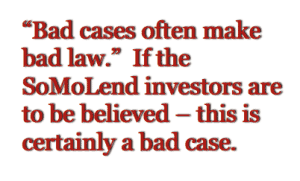 One of the 18 signatories – Andrea Seidt, President of NASAA, and Ohio Securities Commissioner. The letter made it crystal clear that this was the opening salvo in a war against both the SEC and its proposed pre-emption of state authority to regulate the flow of capital to small business.

On February 25, 2014, another battle was playing out: a 10 day hearing in a proceeding originally filed against SomoLend, an Ohio company providing loans to small local businesses, and its CEO, Candace Klein. Shortly before the hearing the Ohio State Securities Commission settled the proceeding against SomoLend, albeit not Ms. Klein. 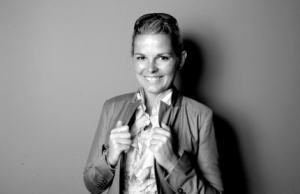 The principal allegations, boiled down to their core – Ms. Klein and SoMoLend defrauded investors of SomoLend through false representations and failed to register the securities being offered and sold in Ohio – allegedly a violation of Ohio state securities laws.

In addition to being the founder and CEO of SoMoLend, Ms. Klein, a securities lawyer by training, was a highly visible figure in Washington, DC, working with others of like mind to enact new, groundbreaking federal securities regulation, which was eventually signed into law as the JOBS Act of 2012 – legislation vigorously opposed by NASAA, both before and after its enactment. However, when the charges were lodged by the State of 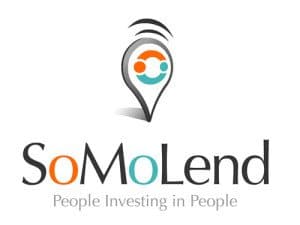 Ohio against SoMoLend and Ms. Klein last summer, federal regulators showed no signs of any interest in piggybacking on the Ohio proceeding.

What was most unusual about the Ohio proceeding was the apparent absence of any victims. On the contrary, the outcry by SomoLend’s investors was deafening: for Ohio to terminate this proceeding.  Their cries fell on deaf ears.

On February 25, days after SomoLend settled with the Ohio securities regulators, the other shoe dropped:

SoMo was No Mo’

No more loans by SoMoLend to local Ohio businesses – and

The value of SomoLend’s investors securities? – wiped out. 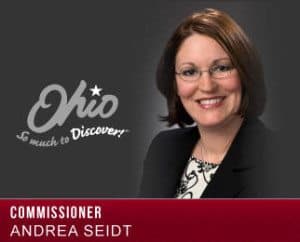 All that remained to be adjudicated over this 10 day hearing was the fate of Ms. Klein in this civil proceeding.

From afar, one sees an exercise of discretion by Ohio Securities Commission, in the name of protecting the investing public – yet the only visible victims are the SomoLend investors and SoMoLend’s would-be customers – small, local businesses in Ohio – who now may very well suffer a similar fate to SoMoLend – liquidation.

The Next Battleground – Washington, D.C.

As is abundantly clear from the February 19 letter signed by the 18 state securities administrators, another battle has begun with fervor in Washington, this time with a more formidable foe – the U.S. Securities and Exchange Commission – a battle that may ultimately be decided by Congress.

Regardless of the merits or the outcome of this proceeding against Ms Klein and SomoLend, the folks at the SEC, and perhaps Congress, will be asking a question: 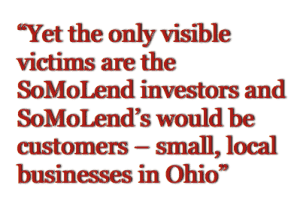 So far, the SEC, in recently proposed rules, has already asked and partially answered this question – proposing that the sale of securities by small companies in certain types of raises up to $50 million be exempt from state regulation.  And the SEC has also requested comment on whether raises below $5 million should similarly be exempt.

Hence, the delivery by NASAA of the February 19th letter, both objecting to the proposal – and questioning its very legality. 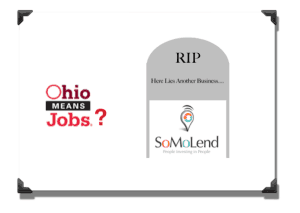 There is an adage that every law student learns in his or her first year of law school:  “Bad cases often make bad law.”  If the SomoLend investors are to be believed – this is certainly a bad case. When the final chapter is written it may very well be that this is also the lesson learned by NASAA, regardless of the fate of Ms.Klein – albeit a lesson learned too late.

When the final chapter is written, NASAA may find that after years of pressure by small business interests and others to have Congress eliminate merit review at the state level – that Chicken Little would finally right:  “The Blue Sky is falling.”