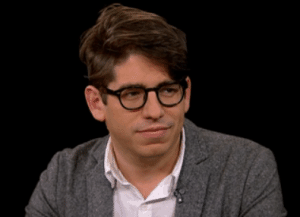 Yancey Strickler, Kickstarter CEO and Co-founder, has jumped into the scrum regarding the allegations of censorship pertaining to a movie now crowdfunding on Indiegogo.  In a tweet from his personal account, Strickler shares the acceptance letter to the Gosnell Movie creators:

@GosnellMovie@BreitbartNews This story is false. Here’s a screenshot of the acceptance email sent to the creators: pic.twitter.com/CGvtqqy9Gm

The Gosnell Movie is  “about America’s biggest serial killer, abortionist Kermit Gosnell and the media cover-up” according the the campaign creators.

The campaign on Indiegogo is attempting to raise $2.1 million by May 12th and stands at over $400,000 today.  The “true crime film” is about the politically charged subject of abortion covering the actions of Dr. Kermit Gosnell who is now serving several life sentences.  The organizers feel the media largely ignored facts that emerged during his trial.

While apparently Kickstarter accepted the campaign on their platform there remained questions as to the request to reword portions of the campaign description that Kickstarter may have indicated was in breach of their community guidelines.

Regardless the film continues to raise significant funding and the additional media exposure most likely has aided in support of the film.