Continuing to be a huge hit on Kickstarter, “Blue Mountain State” has raised $1,019,485 with 11,914 backers. Star of the show Alan Ritchson along with the creators Chris Romano and Eric Falconer launched the campaign to bring the show back to live in a brand new comedy film. 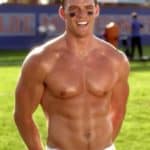 Hoping to have the same results as other Kickstarter films “Veronica Mars” and “Wish I was here,” Mr. Ritchson stated,

“We’ve looked hard at those campaigns from inception to promotion and fulfillment or rewards and what could have been done better. We have the advantage of knowing where those errors lie.” 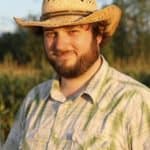 “We asked them if we could have the rights and go make a movie on our own. Surprisingly enough, it worked! After a lengthy process, we were given the rights and our studio’s blessings to make this movie.”

In an effort to draw attention to the campaign, “Blue Mountain State” creators decided to challenge universities throughout the U.S. to donate funds. At the end of the campaign, the creators will then tally the amount that each school has donated. The cast and creators will then travel to the winning school once the movie is finished, screen the movie for the students and stay to party after. Each contest participant must be 21 or over to party. Other rewards for donating include t-shirts, shot glasses, and beer mugs. 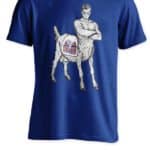 Blue Mountain State now stands as the 4th most funded film on Kickstarter just after Veronica Mars (Rob Thomas), Zach Braff, and Spike Lee.  With only 12 days left, the campaign seems to show some promise of fulfilling its $1.5 million goal.