Every day, entrepreneurs have turned to crowdfunding to fund their new business or product and are given two types of options for the campaign, all-or-nothing and flexible funding, also known as keep-it-all. Both possess great perks, but the key question for each campaign would be which option should it go with?

According to Inc., Toronto’s York University and Universite Lille Nord de France recently conducted a new study that compares the two types of funding options. The results suggested that if the entrepreneur is really serious about getting their project or product funded, they should go with the all-or nothing.  Researchers stated, “Overall, [all-or-nothing] fundraising campaigns involved substantially larger capital goals, and were much more likely to be successful at achieving their goals.” 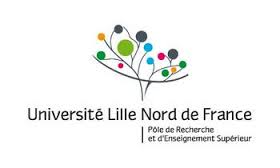 Along with rewards, the all-or-nothing campaigns tend to be more descriptive, pictures, and video pitches of the products/businesses. Unfortunately the study revealed “projects funded with a KIA model are more prone to lead to fraud in the event of underfunding.”