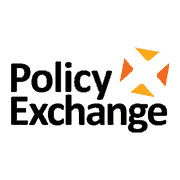 The below interactive infographic is an interesting depiction of the entrepreneurial clusters that have formed in the United Kingdom.  The infographic is courtesy of the Policy Exchange and was developed in conjunction with a report on supporting tech clusters outside of London.

The UK is experiencing significant growth in the technology sector.  FinTech has been a special priority as recently outlined by the Chancellor of the Exchequer George Osborne.  Over 1.2 million people are estimated to be employed in the tech sector with the bulk in London.

The report argues that ‘clusters’ – geographic concentrations of interconnected companies and institutions in a particular field – are the most effective way of boosting the technology sector across the country. It highlights a number of challenges facing northern towns and cities:

The report makes a series of recommendations to boost the growth of technology clusters in the North, including:

Reviving the idea of directly elected Mayors with appropriately devolved powers to lead economic growth in their areas including the development of tech clusters.
Investing in rail and road infrastructure to better connect northern towns and cities. High Speed 3 should be carefully considered but policymakers should also be aware that travel between towns and cities is extremely slow.
Encouraging universities to let students retain the intellectual property of products or services they create while studying. Stronger bonds between the university and graduate may help retain more top quality entrepreneurs in the local area.