Wanderlust Productions, the independent film studio behind the hit God Adventure trilogy FINGER OF GOD, FURIOUS LOVE and FATHER OF LIGHTS, is challenging Hollywood’s established business model with the debut of its Kickstarter-funded, faith film for Millennials, HOLY GHOST. This coming Saturday, September 6th, Wanderlust Productions is presenting the film’s world premiere experience, a live, one-time digital event where anyone in the world can see the film and the event free of charge. 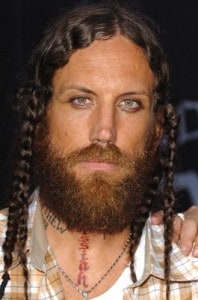 The HOLY GHOST team is pleased to announce that Brian “Head” Welch, lead guitarist of the world-renowned heavy metal band Korn, will be introducing HOLY GHOST from the Redding Civic Auditorium in Redding, CA. Welch will also make a rare, solo musical appearance during the event, joining Christian band Jake Hamilton & The Sound for a live performance.
“We’re deeply grateful to Brian for his avid support and the prominent role he has agreed to play at the upcoming world premiere. There’s no question he’s going to add his own unique touch to the event,” said Darren Wilson, Director of HOLY GHOST and founder of Wanderlust Productions. “The HOLY GHOST World Premiere Experience is designed to engage fans in an incredible, one-time event built around the film. We’re expecting thousands of young people to physically join us in the Redding Auditorium while others simultaneously participate in hundreds of churches, at thousands of HOLY GHOST home screening parties, and in coffee houses, restaurants, and parks around the globe – anywhere where there’s an Internet connection. We are confident that this film and the experience itself will be surprising and richly rewarding for everyone who participates.” 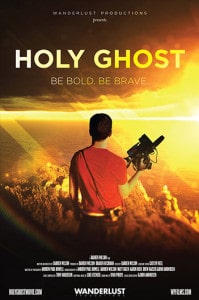 HOLY GHOST was crowdfunded by 2,500 investors who surged to support Director Darren Wilson’s Kickstarter campaign, raising a record-breaking $360,000 in just 45 days to become the #1 most-funded, faith-based film and the #2 most-funded documentary in Kickstarter history. Wanderlust Productions is now crowd-promoting and crowd-marketing this film by mobilizing 25,000 of its most deeply dedicated fans through the#HolyGhostExperience campaign.

Director Darren Wilson shot HOLY GHOST with no script, no plan, and a single goal—to capture real-life evidence of God’s presence on Earth. As a result, HOLY GHOST is appealing and fresh from start to finish, documenting actual instances of divine healing, miracles and seemingly impossible events in improbable places. Filmed in Salt Lake City, Utah, in Monte Carlo, Monaco, at a Korn concert in Iowa, and in Varanasi, India, HOLY GHOST moves seamlessly at breakneck pace from edgy street ministry to life-threatening encounters to interviews with acclaimed Christian artists like Michael W. Smith and noted recording artists like Lenny Kravitz, keeping the audience engaged without missing a beat.