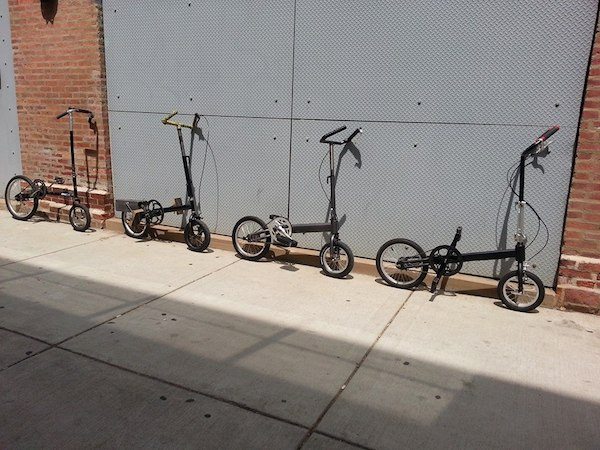 There have been numerous cool crowdfunding campaigns to fund the next awesome rid.  Now we have something new from, Great Scott Technology, a company that has developed a foldable – standing bike.  Jim Gibson, Chris Wlezien, and Sean Hannon launched a Kickstarter crowdfunding campaign for their Occam Cycle, described as the “simplest” folding bike for everyday riding. 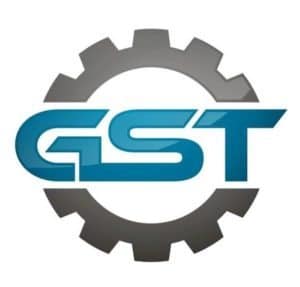 “The Occam Cycle was designed with this in mind, and aims to provide users a commute-friendly vehicle that is as easy to ride as a traditional bicycle, efficient enough to get from your front door to the bus stop, train station, and final destinations, yet compact and lightweight enough to be able to take on trips involve multiple forms of transportation.”

Creators also noted that the bike is engineered from the group up to meet the demands of today’s commute and gives the user the convenience they have always wanted in a folding bike but never got.

Also revealing why the Occam Cycle is better than any of its competitors, the creators wrote, “While there are other folding and standing bikes on the market, the Occam Cycle is designed to be the ideal combination of portability, performance, and ultimately convenience.” 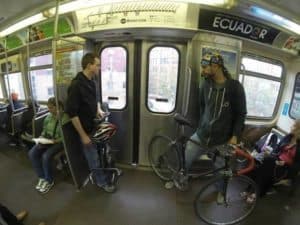 “Other folding bikes can be cumbersome to manage, but the Occam Cycle’s small size and 20lb weight (prototype weight) enables users to easily carry the Occam Cycle with them wherever they go. When it is time to ride, one quick fold gets you from the easy to carry position to riding ready.”

Set to close on October 4th, the Occam Cycle project has already raised over $25,000 within the first week.