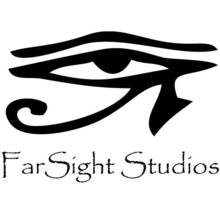 Setting out to bring an old fan favorite back to life, California-based company FarSight Studios debuted its crowdfunding campaign on Kickstarter to digitize The Addams Family pinball game on Friday (September 12th).

FarSight Studios has over 20 years of experience developing video games for consoles, phones and tablets, but the team has never forgotten the classics. The pinball fantastic have been working on a modern video game recreation of the tables. Its current Pinball Arcade is available on a wide variety of platforms, including iPhone, iPad, Android, Kindle Fire, Ouya, Xbox 260, Xbox One, PlayStation 3, PlayStation 4, PS Vita, and Steam 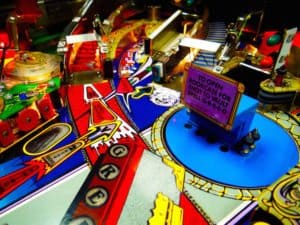 As part of its package, the company ready to digitize the most popular pinball table of “all time,” The Addam’s Famly. The game was released by Williams in 199 and sold well over 20,000 units. Designed by Pat Lawlor and LarryDemar, who also designed Twilight Zone, Banzai Run, and Funhouse, The Addams Family pinball table was the first to feature an optical target bank and the “Thing Flip,” which allowed the first time a pinball tables flipper could be controlled by the table’s CPU.

Explaining the project, the team wrote, “We’ve succeeded in negotiating all of the licenses we’d need to digitize The Addams Family and bring it to the Pinball Arcade. Unfortunately there are several licenses involved: in addition to the Williams license, we need a license for The Addams Family, the actor likeness of Raul Julia (Gomez Addams) and Anjelica Huston (Morticia Addams),  on the back glass and play field, and the right to use the actor voiceovers during gameplay. When we add up the costs of each required license and calculate what we’d have to charge for the table, we’ve concluded that The Addams Family is just not commercially viable. The more we charge for the table the fewer people will be able to buy it- and our goal is to expose as many people as possible to this great table, not just a select few.” 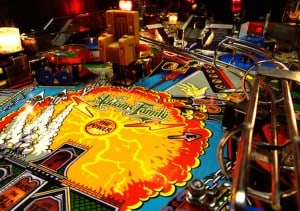 “Here’s where you come in! The licenses we’ve secured for The Addams Family will cost $101,000. Thanks to the amazing generosity of pinball fans throughout the world, our previous Kickstarter project for the Terminator 2: Judgement Day pinball table raised $3,360 more than we needed for the Terminator 2: Judgment Day licenses and we’re applying this towards the license costs of The Addams Family. If we can raise the remaining $97,640 we’ll be able to digitize The Addams Family and preserve one of the greatest pinball tables of all time. If we don’t reach our goal no credit cards will be charged, but if we raise more then the goal we’ll be able to digitize other licensed tables as well.”