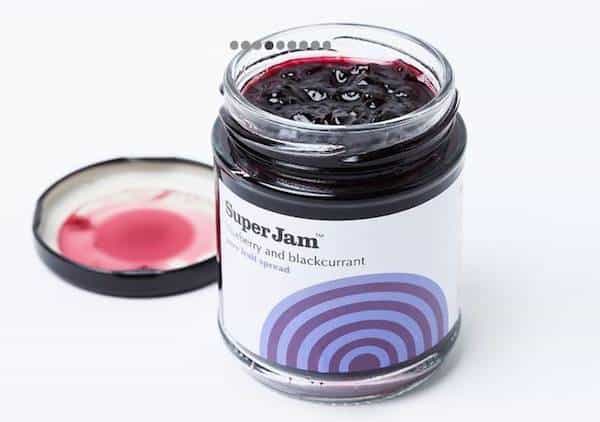 Setting out to expand its franchise, Edinburgh-based company SuperJam turned to Crowdcube for its £250,000 crowdfunding campaign. The company is said to be known for its delicious jams and popularity in the UK region. Funds from the project will help SuperJam make its way into other countries such as China and Japan.

According to the Herald Scotland, Fraser Doherty, who was dubbed “Jam Boy,” created SuperJam at the age of 14, and has raised more than £75,000 in investments in the 100% fruit jam company. The pitch reads, “We market the multi-award winning brand, SuperJam – a range of 100% fruit jams created by high profile Scottish entrepreneur Fraser Doherty at the age of fourteen using his Grandmother’s recipes. The brand has sold millions of jars around the world and is currently stocked by major UK retailers including Waitrose. We also have international distributors in Denmark, Australia, South Korea and Spain and sell direct to consumers via home TV shopping (QVC in the UK and Lotte in South Korea) as well as online.”

“Our products offer a premium, healthy alternative to traditional high sugar sweet spreads.  Our brand has benefited from publicity surrounding our story, winning the Smarta 100 Award (2010) among others and being featured on GMTV, This Morning, BBC Breakfast and countless other media outlets.” 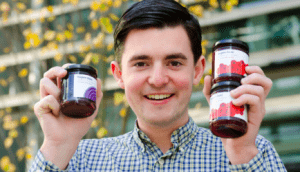 During a recent interview, Doherty stated he hopes that around 300 backers can be found to join him on his “adventures in jam,” and added, “I’m very excited by what we can do with 300 excited shareholders getting behind our brand. I plan to get this crowd of people to vote on new products and packaging concepts. I think this type of model is the future of business. I never even considered borrowing money from a bank.”

“To me, crowdfunding is about something far more than just raising capital, it’s also an opportunity to raise ideas, contacts, and energy from people who love your brand.”

Along with using funds to expand, the campaign’s organizers noted, “Your investment will be used to refresh the brand’s packaging – this will help us to gain increased distribution in major retailers.  We will also be investing in promoting the SuperJam brand in stores – by employing Brand Ambassadors to hand out samples and educate consumers about the benefits of our 100% fruit products.”