Last week, San Francisco-based startup GeneHub launched a crowdfunding campaign on Kickstarter to raise $125,000 for the world’s first “brokerage service for whole genome sequencing. Just a few days after debuting its project, the company decided to cancel the campaign due to a legal situation. 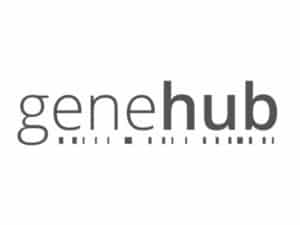 Upon canceling the campaign, the GeneHub team stated,”Unfortunately, we’ve made the heart-breaking decision to stop this Kickstarter early. Firstly, we’re far behind on the level of funding that we’d need to hit our $125k. But that in itself isn’t a reason to take it down early. Yesterday we learned that there is a genomics company called Genohub that we were unaware of, putting the brand and video and everything we’ve worked so hard on squarely in ‘trademark violation’ zone. So, with the required rebranding etc., and the lack of initial sales, we regretfully have to stop the Kickstarter.”

Also addressing the initial response, or lack thereof, to the project, the team added, “We are regrouping and looking at what happened with this campaign and what our brand should be and how to better address the market gap we know is there. Also, more clearly, if we offer sequencing, how we can bring it at an even lower price.”

According to the campaign website, the new project was described as new platform for citizen scientists and biology hobbyists. The team shared, “Until today, there was no simple or affordable way for those interested in the burgeoning field of human genomics and bioinformatics to get their entire genome sequenced. Today we are changing that. We’re using the same equipment and labs that large institutional researchers use to sequence genomes and making it available to citizen scientists for the first time.”

“Getting your whole genome sequenced today is like being one of the first people to buy a home computer. As with computers in the late 1970s, large institutions aren’t really sure what to do with this new, more affordable technological advancement. It wasn’t until the technology was made available to everyone that we really saw an explosion in innovation that now has us carrying around connected supercomputers in our pockets. We believe that a similar bioinformatics revolution is just around the corner. The democratization of bioinformatics is what will finally unlock major breakthroughs in genomics research.”

GeneHub is described as a genomics startup that focuses on whole genome sequencing for the amateur bioinformaticist. They wish to bring the power of the newest generation of genome sequencers to whole new audiences. They believe that open access to your own genome is the best way to get interest in bioinformatics and spur on innovation in this new and rapidly-expanding filed.

The company was founded by Hampton Catlin and Michael Lintorn Catlin.