Rooster Teeth, the creators of the Indiegogo-success Lazer Team, announced this week that it has kicked off the production. The famous YouTube channel also revealed more details about the film, including its cast. 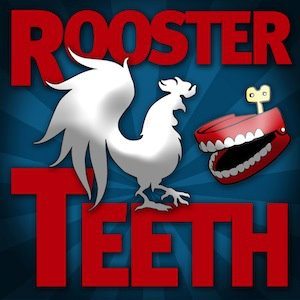 Rooster Teeth’s Barbara wrote, “Lazer Team is a sci-fi comedy directed by Matt Hullum from a story by Burnie Burns, and script by Hullum, Burns, Josh Flanagan, and Chris Demarais. It features a principal cast including: Alan Ritchson, (Teenage Mutant Ninja Turtles, The Hunger Games: Catching Fire) as Adam, also known as the Champion of Earth. The four bumbling members of Lazer Team will be portrayed by Colton Dunn (Parks and Recreation) as Herman, and our very own Gavin Free as Woody, Michael Jones as Zach, and Burnie Burns as Hagan. Alexandria Deberry (A.N.T. Farm) plays Hagan’s daughter Mindy.”

According to its synopsis, Lazer Team begins decades ago when the Search For Extraterrestrial Intelligence project received a onetime signal from outer space, which was never decoded. Or so we were told. Unbeknownst to the general public, the secretly translated signal said two things: One, we are not alone, and two, the galaxy is a dangerous place. Working in total secrecy, the US government has been training a single Champion of Earth – a warrior of incredible skill to don a suit of unimaginable power designed by new alien allies in preparation for Earth’s battle for survival against an evil race of aliens. Unfortunately, the suit never made it all the way to its intended destination. Instead of a lone savior, four hapless idiots find the suit and are thrust into the role of heroes as the titular Lazer Team. 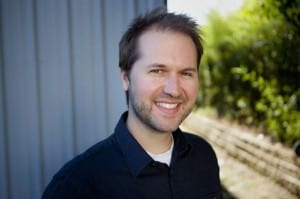 Revealing his thoughts about the film, Hullum stated, “We’re incredibly excited to begin principal photography on Lazer Team with such an outstanding cast and crew. We wouldn’t be able to make such a big, crazy sci-fi action comedy like this without the support of every one of our Indiegogo backers. We’re going to do our best to make sure every single dollar ends up on screen.”

As previously reported, Lazer Team hit Indiegogo last July to raise $650,000 and within three days raised well over $1M. By the end of its crowdfunding run, the campaign hit $2,480,099 thanks to 2,197 backers.  The project became the largest, successful campaign on the platform ever. The film is set to hit theaters spring 2015.