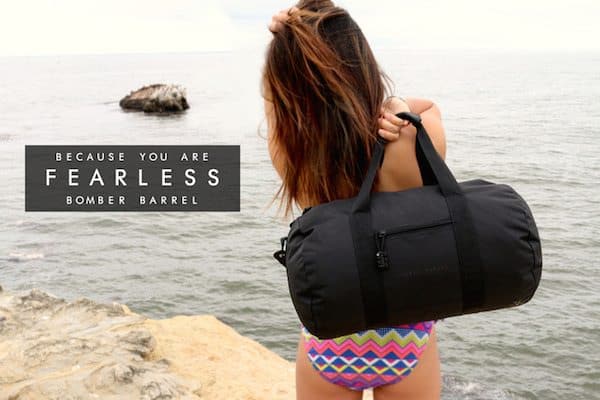 Vincent Pilot Ng, founder of Halo Belt, and his Bomber Barrel design team have hit Kickstarter to raise $15,0000 to create a timeless and stylish everyday bag suitable for carrying anything. Within only two days, the project surpassed its initial amount and have so far raised $46,730 thanks to 605 backers. 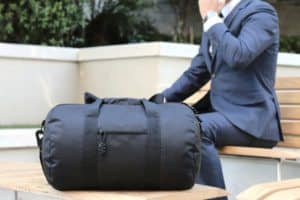 The Bomber Barrel is known to redefine style by presenting itself in a modern and simple barrel structure: purely austere and clean.  It is an ultra grade nylon duffel bag designed for today’s active man; the athlete, the adventurer, the professional or the minimalist. It was created to accommodate the lifestyles of the ambitious, the motivated and the driven. With its minimal design, lightweight and black-colored nylon ripstop; it’s endlessly versatile. The jet black color creates depth and radiates its bearer’s extravagant elegance.

Although most duffel bags hold everyday essentials, they’re usually just too big and bulky and unnecessarily heavy. The Bomber Barrel, weighing in at only 14 ounces, holds everything a man-on-the-go is likely to need thanks to a streamlined design. The main compartment holds clothes & shoes while an interior side pocket keeps one’s phone, wallet and other valuables close at hand. 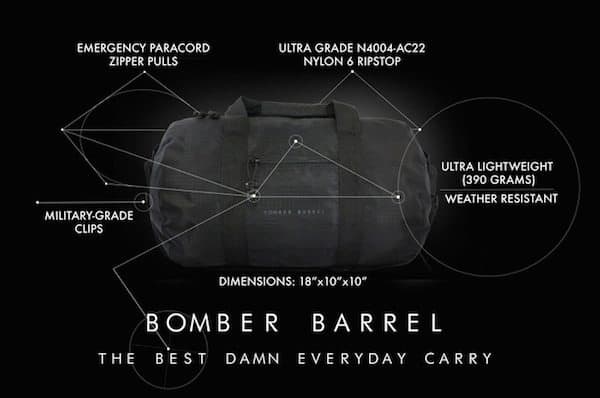 In regards to the bag’s price, the team shared,”At Bomber Barrel, we don’t believe in retail markups. Our bags are only offered at wholesale pricing. Likewise, for our early supporters, we are offering a super early bird discounted price at $69 including the Mini Bomber Traveler’s Kit, and the Bomber Cord Survival Bracelet. When the Kickstarter funding period is over, Bomber Barrel will be offered at $109.”

Vincent Pilot Ng  focuses on innovating minimalist goods in our everyday life. He has also helped to bring products to market such as Dash Wallets and Quarter Century Belt. With many successfully-funded Kickstarter campaigns under his belt, Vince has considerable experience in design, development, manufacturing, and public relations. As a driven individual, Vince’s visions are limitless. He brings his ambitions, ideas and beliefs to life.

The Bomber Barrel Bag campaign is set to close on December 13th.