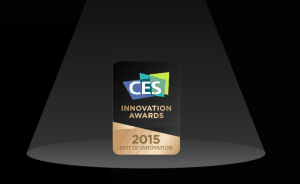 Bragi has received a rather nice award from the Consumer Electronics Association. The German team was in New York City this week for a CES event and they were acknowledged with the “Best Innovation Award 2015” for their wireless, smart, in ear headphones the Dash.

The Bragi Dash stands as the 12th most funded crowdfunding campaign on Kickstarter.  The Dash raised just shy of $3.4 million in March of 2014 as 16,000 backers supported their concept for in ear headphones.  The Dash is the first smart wireless in ear headphone having set out to 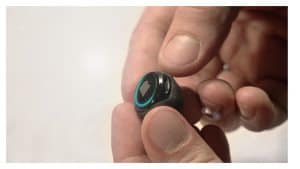 incorporate a fitness tracker, heartbeat monitor 4GB music player and more.  All of this tech is packed into a bluetooth earbud with a gesture interface.

The crowdfunding campaign was a significant success. The Dash did not have a working prototype at the time – something that can be a red flag for rewards based crowdfunding campaigns.  Backers were convinced by the concept and pedigree of the creators though that a promised product could be delivered as described. 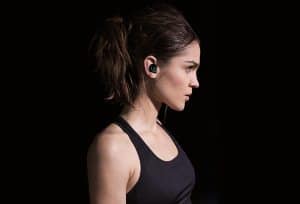 The update announcing the CES award adds credence to the viability of their product. Alongside the award project creators shared additional tech updates including audio improvement by incorporating “balanced armature receivers”.  The update claims that corded headphones usually retail at $150 and up when this tech is incorporated.

Alongside the spec adjustments Bragi did push back delivery date once again.  Early Bird pledges that were originally slated to ship this past October have now been pushed to January 2015.

In the rewards based space product delays are largely the norm.  But for backers a product that ships late and nails promised functionality – delays will be forgiven.  Remember Kickstarter is not a store. 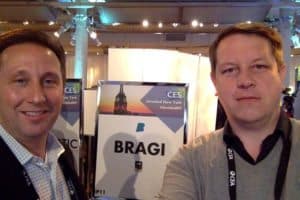 Bragi was founded by CEO Nikolaj Hviid who was previously head of design at well-known global audio company Harman.  After successful project funding he compiled a team of over 20 based in Munich to tackle the many design challenges for a technologically complicated project.  Hviid originally struggled to find investors for his product.  That’s where Kickstarter came in.  You can see an interesting video here about the process.  Now backers just have to wait until early next year.