With the CDC crowning the 2014 Ebola Outbreak as the most critical in history, We Are 1ne launches its ZERO EBOLA project in an effort to provide immediate financial relief, resources and long-term support to the affected countries and victims. 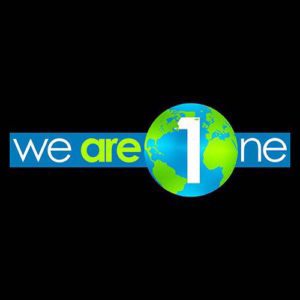 ZERO EBOLA is a multi-tiered initiative built on the pillars of education, engagement, and empowerment. The program will mobilize citizens worldwide in solidarity through coordinated individual and collective initiatives aimed to address Ebola as a global concern. Phase 1 of ZERO EBOLA, which will include a series of educational PSAs, crowdfunding and social media driven messaging and calls to action, will culminate with a star-studded concert in New York City, January 2015.

Co-founded by Africa 2.0, Chairman Mamadou Kwidjim Toure and First Wall Street Capital, CEO Glenn Myles, We Are 1ne is a global movement whose mission is to foster, cultivate and advance initiatives that unite humanity worldwide, and address issues that affect the quality of life for citizens globally regardless of their race, gender, culture or religious belief. Rooted in the African ideology Ubuntu, meaning I am because you are, the organization is working to usher in a new era of global consciousness and solidarity by encouraging new disruptive ways of thinking and citizen mobilization around causes.

Beyond ending the outbreak and ultimately finding a cure, We Are 1ne also plans to assist citizens in the affected countries to implement long-term solutions utilizing education and reform. Toure explained, “We must address the root of the problem in order to prevent such an atrocity from happening again. This begins with a plan of action that looks to the future.” 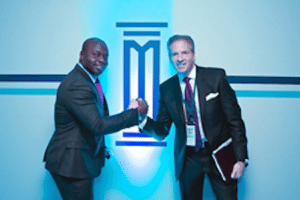 Funds raised in the initial phase would be used to not only address equipment shortages and health personnel scarcity, and future prevention, but also to attack social breakdowns created and magnified by the outbreak including political distrust, the welfare of thousands of newly orphaned children, and an overhaul of the entire healthcare system. Myles stated,”We don’t want to just throw money at the problem and turn our backs. We plan to work with citizens and leaders in the region, the healthcare community and governments to improve the quality of life, and ultimately prevent this from reoccurring. We want to ensure no one is forgotten during the rebuilding process.”

Known individually for their outstanding accomplishments in the financial, telecommunication, media and technology sectors, Toure and Myles plan to utilize their reputable problem solving skill-set to improve lives worldwide through We Are 1ne. Although the organization is committed to being a game-changer in the fight against the lingering effects of this recent Ebola outbreak, they’re already looking towards the future, tackling other world problems. Myles added,”Beyond the Ebola crisis, We Are 1ne will be an agent for long-term and permanent change for an array of social issues. It is our ultimate goal to positively impact lives for centuries to come.”