EDITION F launched its modest Companisto equity crowdfunding campaign in November, seeking to raise a minimum of 50,000€ for 5€ a share; to date, with the help of over 435 backers, the lifestyle platform for women has raised well over its initial modest goal, securing 167,600€ for the platform valued at 1,500,000€. 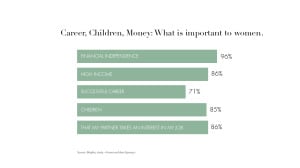 Women are the demographic that makes 80% of global purchase decisions, according to a Nielsen study. EDITION F, the leading business and lifestyle platform for women, targets and taps into the career-oriented women and modern men demographic providing incisive articles in online magazines, career-enhancing contacts in the community,  job opportunities, business fashion as well as interesting business products in its affiliate shop.

EDITION F Co-Founders Susann Hoffmann and Nora-Vanessa Wohlert tapped into their own experience in the start-up, media and advertising sector at their last jobs within the German start-up magazine Gründerszene.  Since launching EDITION F’s  sleek platform in July, according to the campaign video,  the startup indicates its leading the business lifestyle platform, reaching over 55,000 unique career women per month:

“The fact that companies are looking for opportunities to access this relevant market is evidence of our rapid development. Bookings for company profiles and job advertisements, as well as premium cooperation, were the main reasons we were able to generate a five-figure turnover for the first time in November. We even generated initial commissions on the market place during the test phase.” 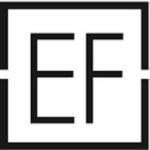 In a recent interview German Crowdfunding Network thought leader & IKOSOM Founder Karsten Wenzlaff cited Edition F as a role models for entrepreneurs.  Frequent covered in international media, EDITION F has also been the recipient of several notable citations including largest independent silver media award, the Lead Award 2014, in the category “Online Independent of the Year,”  “Promising Start-Ups: Look out for these 25 founders”, published by Wirtschaftswoche and Handelsblatt, and EDITION F Co-founder and editor-in-chief Wohlert was named one of the “Top 30 under 30 Journalists of the Year 2014″ by Medium Magazin.