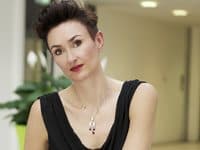 Commenting on the just published results from the Bank of England Credit Survey, Louise Beaumont of GLI Finance, criticized the traditional approach to capital allocation as an economic failure;

“With credit availability remaining unchanged despite increased demand for lending from medium sized business, today’s figures once again highlight the failure of the credit eco-system for SMEs. Nearly 500,000 businesses are either deterred or rejected by the high street banks every year, many of which are high growth and successful, so more must be done to ensure SMEs have the fuel to grow.”

The BOE just published it’s quarterly review of credit availability which polled numbers from November 10 through December 1st of 2014.  According to the report;

Beaumont touted the emergent new forms of finance as vital for economic growth;

“The alternative finance industry, which passed the £1 billion milestone for lending in 2014, may only provide 2.4 per cent of annual business lending, but it is growing exponentially and actively supporting businesses ripe for growth currently being failed by traditional lenders.”

“A better referral system used by the traditional players for SMEs seeking finance is fundamental to addressing this issue and would help ensure alternative and more tailored credit solutions can be offered. Too often SMEs go through the rigmarole of applying for finance through the traditional credit committee approach, but this takes too long and often comes back with the wrong answer, and worse still, often without alternative suggestions. Ensuring SMEs are not led down a dead end when seeking finance is vital if we are to ensure this fundamental constituent – contributing nearly 50% of our economy and 60% of private sector employment – is given the necessary means to grow.”

GLI Finance is a Guernsey domiciled, AIM listed corporation (LSE:GLIF), that has targeted alternative finance as the future of providing capital for SME’s.  GLI operates a number of platforms including; Proplend, Crowdshed, Platform Black and others. GLI integrates, peer to peer lending, equity crowdfunding, rewards based crowdfunding and more.