As anticipated, the Financial Conduct Authority (FCA) has published a regulatory review of the crowdfunding environment – including investment crowdfunding and peer to peer lending. Rules were initially released in March of 2014 with the government entity taking a “light touch approach” that was broadly embraced by most industry participants.  In stark contrast to some other markets, including the United States, the FCA made a conscious decision to allow the nascent industry to grow and evolve without debilitating rules. The administrators early on recognized the vital importance of facilitating capital formation in markets that were effectively broken or inefficient. The FCA affirmed “they see no need to alter course” as things are pretty much working quite well. This publication provides a complete high level overview to the UK market with the expectation being that a more complete review will occur in 2016.

The authors of the document state,

“We have seen the crowdfunding market continue to grow rapidly. We recognise that it is still early but, at present, we see no need to change our regulatory approach to crowdfunding, either to strengthen consumer protections or to relax the requirements that apply to firms.”

The tone of the document reflects the opinion that both sides of the equation are being adequately addressed.  Consumer protection has remained resilient while rapid growth of new forms of finance has occurred.

For loan based crowdfunding the report highlights the rapid growth stating a total of £1.3 billion for 2014 or 3 times larger than the year prior.  Also of interest is that in 2014 for the first time business loans captured a higher percentage of the market than consumer lending.

In March of 2014 there were 50 firms operating in the P2P space.  Since that time the FCA states it has authorized  one firm and they are in the process of reviewing 8 others.

For investment based crowdfunding, once again reflecting on Nesta data, the FCA report states for 2014 £84 million was completed in funding a three times increase over 2013.  Equity based crowdfunding grew by 201% in 2014 with the average amount raised being £199,095.  Around 95% of funded deals were deemed eligible for the two tax subsidies – SEIS and EIS.  Average age of the investor was 40 years old with an average portfolio size of £5,414.  Interestingly most investors indicate their motivation was financial gain and not to finance a friend or family member. 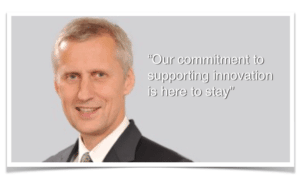 For investment based crowdfunding in April of 2014 there were 10 firms operating. Today there are 14.  The FCA is evaluating 10 other platforms presently with another 11 identified creating a total of market participants at 35.

The FCA is actively monitoring the space, and as has been previously reported, appears to be most concerned with promotional efforts by platforms attempting to boost business. The FCA “took action” when they deemed promotions did not meet their standards.  The FCA also expressed “concern” over the mini-bond space and the need for “balanced” promotion.

The FCA has established an active and ongoing communication process with all UK platforms.  They recognize these companies must be part of the conversation and regulations are NOT a one way path.

In closing the authors state;

“We will continue to monitor the market in addition to the formal review process and will take any appropriate action. If, for example, the risks to which investors on loan-based crowdfunding platforms are exposed increase to mirror those seen in investment-based crowdfunding platforms, we will consider applying a similar approach as for non-readily realisable securities. It may be that there are changes to the regulatory framework for crowdfunding as a result of future EU work.”