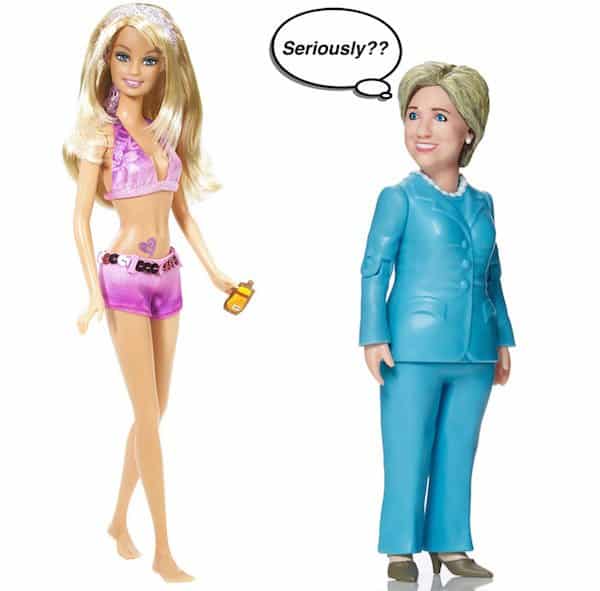 Taking political interest to a whole new level, Brooklyn-based small product design studio and the creators of the 2008 Obama Action Figure, FCTRY, has launched a crowdfunding campaign on Kickstarter to raise funds for new Barbie competitor, the Hilary Clinton figurine. 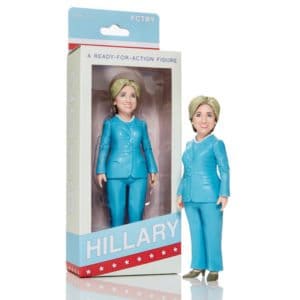 The “ready for action figure” (not to be confused with other dolls apparently) was created by the startup as a way to “kick off” some excitement towards her supposedly first woman president campaign. Explaining the “anti-doll” label, the FCTRY team stated their Hilary is not like Barbie despite the fact that it may fit in the doll category. Unlike its competition, the figurine is looking to send a positive message to children through its design.

Also revealing the ways they are planning to encourage Clinton to run (besides the look-alike figurines) the team shared that they are planning to send postcards on behalf of those who give to their campaign. Each backer will be sending one of these postcards to Clinton showing their support for her and her presidential campaign.

Discussing details about the head creator of the project, Mike Leavitt, the team noted, “We set out from the beginning to create a figure that could genuinely meet the lofty goals we wrote about up top. We want it to become one of the iconic symbols of what should be a very special moment in history. 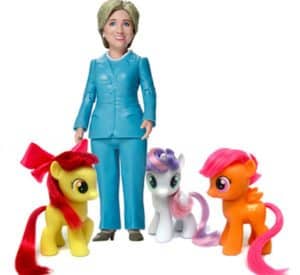 “There were a few elements we had to get ‘just right.’ The most important of these [were] the sculpture of Hillary. Scaling someone down to 6 inches is harder than you might think. Lucky for us, we are friends with artist Mike Leavitt, a renowned artist (and free spirit) who is famous for making satirical sculptures in the form of action figures. The Hillary Action Figure was sculpted by Mike and is his first unlimited edition piece ever.”

Other rewards for supporting the project, besides the postcards and figurine, include:

In regards to any risk and challenges that they may face, the team added, “We’re a small company but we’ve got a lot of know-how and experience when it comes to creating products. The Hillary Action Figure has already been designed, tooled, and tested for every safety standard. We are 100% ready for mass production and worldwide distribution. We just need your funding to help us cover the costs of running the first batch of mass produced units. We’ve got all the rest covered.”