COBI, developer of the self-dubbed “world’s smartest” connected biking system, has completed one of the largest financing rounds ever for a bike startup. The company is set to receive more than $4 million from European investors Capnamic Ventures, Iris Capital and Creathor Venture. Private investors from COBI’s seed round of financing also participated. COBI will use the fresh capital for production and establishment of distribution, marketing and customer service. 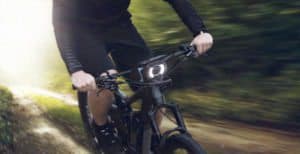 COBI has developed the first modular system to digitally upgrade bicycles to smart bikes, in order to provide accessible digital comforts and efficiencies that consumers are already used to in their connected cars. The system consists of a mounting on the handlebars, a smartphone with the COBI app installed, head- and taillights as well as a thumb controller.

Energy is supplied by its own battery, direct connection to the generator or the battery of an e-bike. With more than 100 integrated functions such as a navigation system, brake light, anti-theft protection and various online services, cycling becomes more interconnected and intelligent. The system is available from $169 through pre-order for all bicycles but can also be integrated as an OEM (B2B) system by bicycle manufacturers. 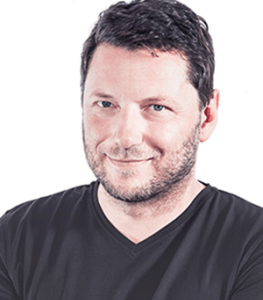 “The development and marketing of consumer hardware products like COBI is capital-intensive — especially if the product meets the highest quality standards. This is why we’re delighted to have the backing of three venture capital enterprises of note in starting serial production. Our customers can certainly look forward to this. COBI will be able to convert bicycles into smart bikes from as early as this fall.”

“We appreciate men of action like Andreas Gahlert. He delivered a compelling performance to us with his innovative concept, but also on account of his personality. In COBI, we’re participating in a revolutionary and exciting project. We’re convinced that many cyclists are going to be traveling the smart way soon.” 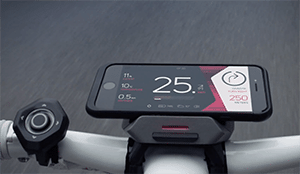 Gahlert has acquired many years’ experience in the digital industry and in the start-up scene. Prior to COBI he had founded the agency “Neue Digitale” and successfully sold it to Razorfish, an agency for digital marketing. Next, as CEO of Razorfish in Germany, he acted as a consultant to major international corporations including Audi on the topic of “Connected Driving”.

Pawel Schapiro, Investment Manager at Creathor Venture, firmly believes in the success of the company: 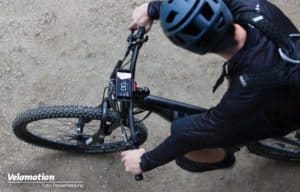 “COBI is a unique project with huge potential. We believe that the mobility of the future will be eco-friendly and interconnected. Bicycles and e-bikes will play an important role here, and COBI is offering the ideal platform for this.”

COBI was established in Frankfurt/Main in 2014 and will be exhibiting at the bicycle industry trade fair EUROBIKE in Friedrichshafen from August 26th through August 29th. COBI quickly made a name for itself when it raised more than $400,000 earlier this year in what was the second most successful bike tech Kickstarter campaign, exceeding its initial fundraising goal by 4x.