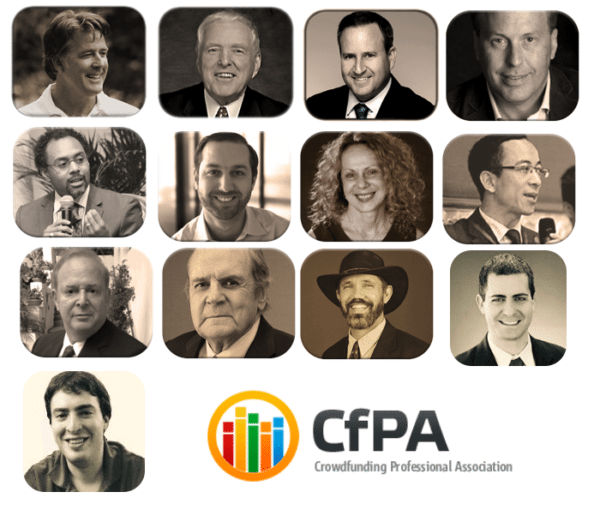 According to the CfPA, it is expanding the Board’s membership and installing new leadership in order to more effectively advance CfPA’s core mission of facilitating a vibrant, credible and growing crowdfunding community.  The crowdfinance landscape has changed significantly since the creation of CfPA immediately following the passage by Congress of the JOBS Act of 2012. Since that time we have seen the implementation of Title II of the JOBS Act (crowdfunding for accredited investors) in September 2013, and the long awaited enactment of final rules implementing Title IV of the JOBS Act, commonly known as Regulation A+, set to go into effect in June 2015.

Investment crowdfunding at the state level has also witnessed dramatic growth, with 18 states having adopted their own crowdfunding statutes and 21 others actively considering similar legislation. While the SEC has yet to adopt final rules implementing Title III of the JOBS Act, allowing crowdfunding by both unaccredited and accredited investors, there is a great deal of anticipation that unaccredited investor crowdfunding will soon become a reality, spurred by new legislation widely expected to be considered by the Congress in the coming weeks and months.

The CfPA explained that in view of these developments, “there is a heightened need in the crowdfinance industry for CfPA to fulfill its mission to serve as a resource center for this developing community, step up advocacy efforts in Congress, and engage with the SEC and other federal and state regulators”.

CfPA also intends to expand its outreach to all constituents of the crowdfinance community, with a view toward accelerating the ability of entrepreneurial innovators to capitalize on new and developing tools for capital formation and allowing all interested stakeholders to become more engaged in the growing crowdfinance community.  As part of these efforts, CfPA will be holding its Annual Summit later this year.

Sam Guzik, the newly elected President and Board Chair, commented:

“CfPA is fortunate to have assembled a diverse, highly accomplished group of industry leaders, who have in common their demonstrated achievements as entrepreneurs, advisors, thought leaders and advocates for the broader community of innovators, and their shared goal of participating in building out and invigorating the crowdfinance ecosystem. I look forward to being a part of this group and expanding CfPA’s affiliations and membership base in the coming months. 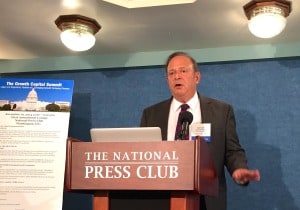 “We are at a pivotal time in the relatively short history of crowdfinance. New methods of capital formation are no longer theory, but are being put to use to advance the emergence and growth of businesses and our economy.  At the same time, there is much work left to be done to build out the crowdfinance ecosystem and allow it fulfill its promise as a vibrant center of innovation and entrepreneurial activity and democratization of investment opportunities.”

“And as to unaccredited investor crowdfunding in the U.S. – this is no longer a question of “if,”, but “when” – and in what form. Though equity crowdfinance which engages all investors, accredited and unaccredited, as envisioned by Title III of the JOBS Act, is yet to become a reality, our brethren outside the U.S., both in the UK and elsewhere, have unmistakably demonstrated that the democratization of investing in startups and early stage ventures, coupled with “smart” regulation to protect this marketplace, go hand in hand with economic growth. It is only a matter of time before the crowdfinance revolution which launched with vigor in the UK and elsewhere will be firmly rooted in the U.S., energized by further Congressional measures to smooth out the bumps in Title III of the JOBS Act.”